5 Ways Your Company Is FORBIDDEN From Celebrating the Platinum Jubilee

Planning on a bit of royal revelry? Then avoid irking HRH by following these simple rules
By
Glen Eckett 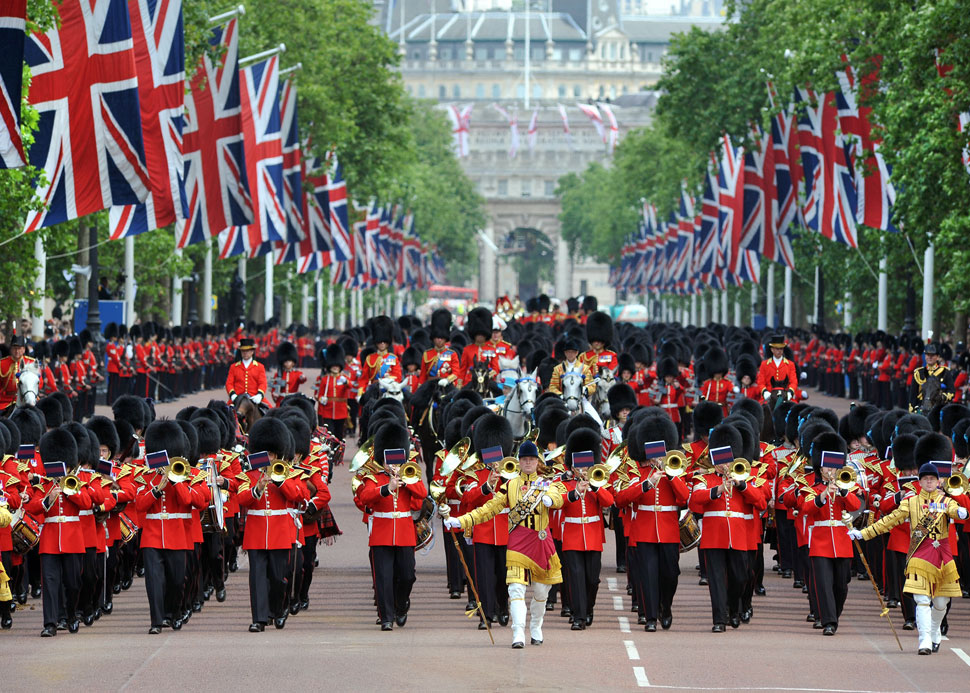 With The Queen’s Platinum Jubilee celebrations fast approaching, brands all over Britain are racing to get a slice of the royal pie.

But playing into current Royal Family events in your products and marketing is a dangerous game - one which several well-known brands have fallen foul of in the past. Print marketing experts Solopress break down the five regulations you’ll need to watch out for as a company when referencing Her Majesty’s 70-year reign.

1. Don’t mention the Royals in your marketing

In celebration of the Jubilee occasion, The Queen has approved a temporary relaxation of the usual stringent rules regarding mentioning the Royals on memorabilia. Platinum Jubilee souvenirs are now allowed to use photographs of the Royals provided they meet copyright requirements and comply with official Royal regulations.

However, strict rules remain when discussing the Royals in other scenarios such as marketing materials. Members of the Royal Family should not be shown or made reference to in marketing communications without their prior permission, which you are unlikely to receive except in special cases such as “where the event or place is of outstanding importance or a national event or there is a close Royal association” (gov.uk). Ryanair’s press ad featuring a photograph of Prince Charles with the headline “Prince’s secret revealed!” was taken down by the ASA for not seeking permission to use the photograph of Prince Charles in the campaign – despite the photos being taken at a public event.

The Advertising Standards Authority acknowledges that there may be certain cases where incidental references may be permissible, for example reference to a book about the Royals. Meanwhile, many companies have successfully utilised the Royal Family in their marketing through indirect references, such as this Warburton’s advert upon the birth of Prince George which avoided direct mentions of the Royals.

If you do make mention of the Royal Family, make sure you stray on the side of caution, as associating your brand products or event with Royal approval could lead to action being taken. Irish property developer Hagan Homes were forced to remove adverts featuring Prince Harry and Meghan Markle with the tagline “fit for part-time royalty” due to the implication of endorsement and for failing to gain permission to use photographs of the couple.

The use of Royal Arms and Devices is permitted for souvenirs related to the jubilee event, providing they are in good taste, free from any form of advertisement and carry no implication of Royal Custom or Approval. These items must also be permanent in nature, i.e. made from a “semi-destructible material”, and must be “specially made for the occasion”.

Outside of these circumstances, however, the Royal Arms and Emblems are not to be used “in connection with any trade or business”, as outlined by the Trade Marks Act 1994. The Royal Family’s official guidelines state that this also includes emblems “which are so similar as to be calculated to deceive” – meaning you can’t create emblems which may be confused with the Royal Arms, the Royal Crown and other official devices. This applies regardless of context and includes satirical settings and non-marketing communications used by brands.

The sole exception to this rule is if “the permission of the Member of the Royal Family concerned has been obtained”; however, even if you become a Royal Warrant holder, a strict ruleset exists which prohibits the use of the Royal Warrant imagery on banners and adverts on buses, taxis and trains, regulates where and how often Royal Arms can appear on packaging and products and prevents holders from using the warrant in a way which connotates use by the Royal Family.

4. Make sure your products or advertising won’t misinform

Whilst the selling of souvenir and memorabilia products is not prohibited providing they adhere to the above rules, it’s important to be clear that these products are not official memorabilia. Implying that products are approved by Royals or connected to the Royal Family, even in a comedic context, is strictly prohibited.

It's also important to remember that advertising for these products must not mislead or be viewed as inaccurate. An advert for a doll of the Duke of Cambridge promising an “authentic likeness of the handsome Prince on his wedding day” was banned by the ASA when it was found that the advert for the doll differed from the product sold, with the ASA commenting that “the face of the doll differed from that advertised in being slimmer and painted in a more vibrant, and less realistic, way.”

Royal Guidance has been released on using royal-related terms during the event. Although the name “Platinum Jubilee” may be used freely for events, projects and buildings relating to the occasion, approval must be applied for when referencing terms such as “Queen Elizabeth II Platinum Jubilee”, “The Queen’s Platinum Jubilee”, “Royal” or “Queen Elizabeth II” for all communications, even for small community events. Approval requests should be directed to royalnames@cabinetoffice.gov.uk in England and Northern Ireland, protocolandhonours@gov.scot in Scotland and brandingqueries@gov.wales in Wales.

Well-known British brands have already begun working the Platinum Jubilee into their product lineup in ways which adhere to the restrictions on royal titles, with Heinz recently releasing limited-edition versions of their products labelled “HM Sauce” and “Salad Queen”, cleverly avoiding the list of terms made off-bounds by the Royal Family whilst still managing to celebrate the Jubilee.

One of the UK’s leading print marketing companies, Solopress are here to help with your business’ Platinum Jubilee celebrations, from printing bespoke event posters and flyers to branded parasols and memorabilia such as beer mats and water bottles.