Best startup culture in the world? I say it's Tartu 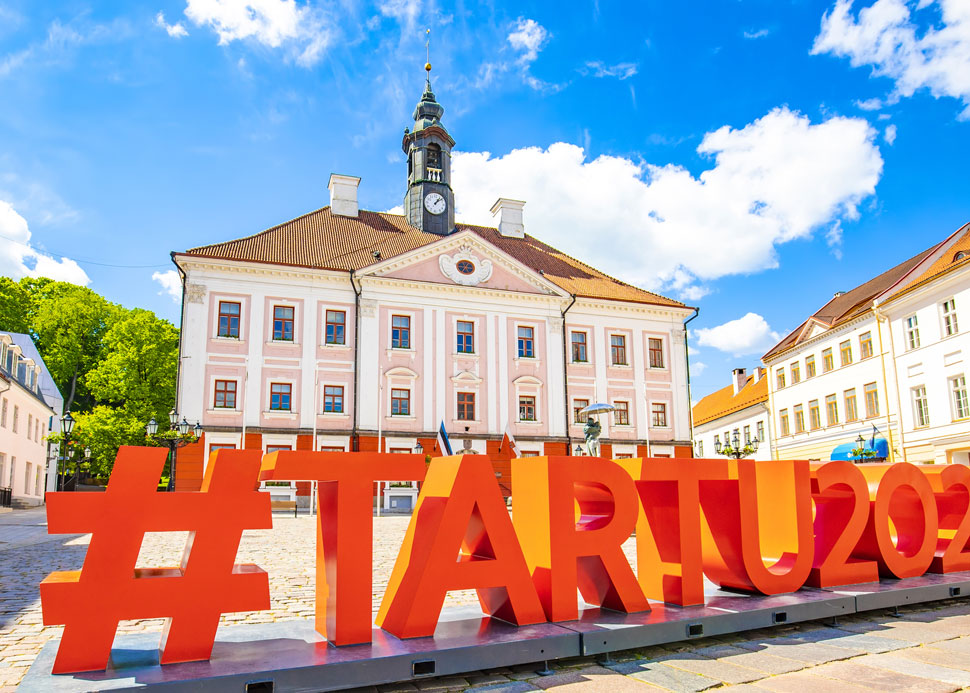 Tartu is anEstonian city of fewer than 100,000 people. Famed for it's ancient university, it's also home to sTARTUp Day,  the biggest business festival in the Baltics, which takes place this month. Here the co-founder, Lauri Sokk, tells his story.

At the end of August, 4,000 entrepreneurs, innovators and investors descend on Tartu in South Estonia for sTARTUp Day. The event is well-titled because, in a strange and splendid case of nominative determinism, the host city’s very name is found in the word, startup. And yet sTARTUp Day is inexactly named because it has grown fast and this year stretches out for three packed days and could last longer still such is the interest and enthusiasm around it.

Tartu’s startup scene is partly explained by its nine higher education institutions which means that more than 20,000 students study here. That equates to a constant stream of new talent, new IT talent especially. The university here dates from the 17th Century. So Tartu likes to claim smart city status since 1632…

The city is cosy and compact, something that adds to the sense of activity and creativity. It’s not all robots on street corners and autonomous vehicles and hydrogen-fuelled cars, although they’re here too. Rather, it’s a human-centred place, very liveable, and that has fostered a strong sense of community. Importantly for a successful startup ecosystem, the networking here never ends. We have great coffee shops and bars and restaurants, but Tartu is a small town, so we only have so many of them and it feels like ambitious people and big ideas regularly rub up alongside one another. Business here is serious but also playful. And there is much crossover, for example, between the university, the science park, the biotechnology park, the Center for Creative Industries and the fledgling and established businesses. The funding programmes are numerous. There is meaningful government pull-through. And student startups regularly spinout from the schools and colleges.

My own company, Fractory, which comes from Tartu and which grew out of the very first sTARTUp Day where it landed early funding and won a place on an accelerator program, is this year involved as a co-organiser. Fractory thinks big and wants to change the world (the world of manufacturing) because it is part of our DNA to be ambitious and even disruptive, being born out of Tartu, born out of Estonia.

But Tartu’s enterprise scene can best be understood in the wider Estonian context. The country has an immensely effective business infrastructure and e-services. How has this been achieved? After the Russian tanks rolled out of the country and independence was restored in 1991, capitalism was warmly embraced. Information technology, in some ways in its infancy, was widely adopted too, not just for capitalist gain but also for social change. The need and wish to be European was great and it drove innovation. In 1996 the Tiger Leap Program was launched providing all schools with computers and internet access. Teachers widely received ICT training. And at government level there was a surge towards digital living, not just for the younger generations, but for all. Internet access was considered a human right.

And now 99% of government services are operated speedily online. Only marriages, divorces and real estate trades require an in-person transaction.

It’s simple and speedy to start a company here. With the e-residency system you don’t even have to be a citizen. Globally we rank first in the International Tax Competitiveness Index. For education, we are first in Europe in the OECD PISA rankings. And English is spoken almost universally.

The country currently has more than 1300 startups. 10 of them are unicorns. Many of them are based in or have offices in Tartu, among them Wise, Playtech, Veriff, Bolt, Skype and Pipedrive.

sTARTUp Day’s name tells a story: when we staged the first event back in 2016  it was a one-day affair. In true startup style we really were just kids with crazy dreams. There was interest and enthusiasm for it, of course, but it took an old school analogue piece of marketing for it to blow up. An inexpensive last minute ad slot in an inflight magazine (remember those well-fingered pre-COVID publications?) generated international interest and that first year we were surprised to be surrounded by almost 3,500 startup-dreamers and VCs from around the world. It was a business matchmaking heaven and it has grown from there.

This year the Estonian Prime Minister Kaja Kallas is amongst our guest speakers. Our Minister for Entrepreneurship and IT will be with us. The Estonian Defence Forces Cyber Command is represented. (Sadly, Estonia has had to become a world leader in cyber defence.) And, of course, industry titans of the private sector will be here. Some of them, like the founders of Skype, are part of the reason for the festival itself and for the success of the sector. No amount of online penetration and computer science expertise is more important than the personal example and inspiration that comes from success stories within a community.

Investors with deep pockets and entrepreneurs with large brains will hopefully cross paths! Big businesses will be born here. Big ideas will be formulated. Little Tartu will continue to play a disproportionately large role in Estonia’s startup world.