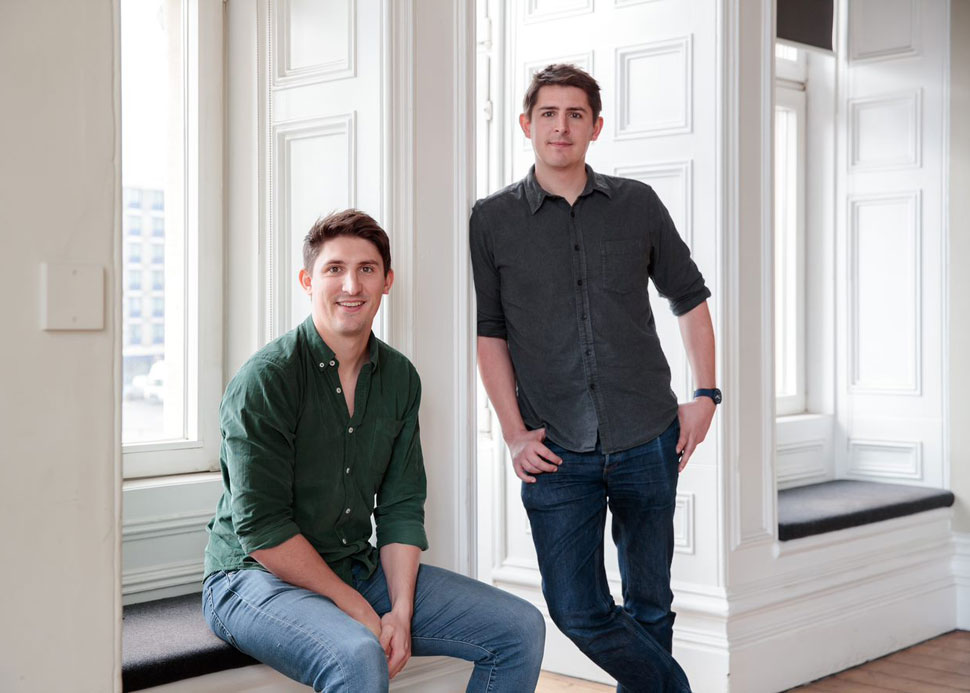 It was when I was starting my second business that my brother came on board. My first business started at university, where I found my medical studies challenging due to dyslexia – particularly the technical language so routinely used. Having surveyed the whole medical school, I found I wasn’t the only one. Together with a friend and two computer science undergrads, I created a piece of assistive tech that made medical terminology more manageable, and that business is still going strong.

By the time it came to starting CareScribe, my second business, I had been working as an NHS doctor for a while and Chris had been working in the City as a strategy consultant, running tech innovations for major banks. He managed projects on a huge scale compared to our budding start-up, but he was also getting fatigued with corporate life. He was at a point where he wanted to throw his passion and experience into something different. And so we started talking about the other assistive tech I'd been tinkering with and which would form CareScribe.

CareScribe creates assistive technology – Caption.Ed captioning and note-taking software and Talktype dictation software – designed to make the world more accessible and inclusive. We now supply software to tens of thousands of users across the world, and our team has grown to thirty in the last 12 months.

Working with Chris has been hands down the best decision I’ve made. We complement each other – he has skills that I don’t have and he has a different way of doing things. He plays to his strengths with financial and business experience, and I keep focussed on our assistive tech and creating the best versions of the products we can make. I also know he has a strong code of ethics and moral compass, and those things are important to both of us.

However, like any business, it’s not all plain sailing and I’ve learnt a lot about doing business side-by-side with a family member. Here are lessons I’ve learnt about making a start-up work well with a sibling:

1. Ensure you both understand the trajectory

For Chris and me, entrepreneurialism runs in our family – albeit across different industries. My granddad started a plumbing company – he’d actually wanted to be a decorator but when a plumbing apprenticeship was all that was on offer, that's what he did! He eventually set up on his own and created a successful firm that our parents took over then grew further.

So we were both used to being part of a family running their own business and had been brought up in that kind of environment. We’re both motivated to grow and develop a company and understood at least some of what that could involve as we were setting out. That’s really helped, being our North Star as we grow and scale quickly.

2. Make sure you set some boundaries

One key thing I wasn’t prepared for is how it would affect other people in our immediate and extended families. It's been hard at times because it can be so all-consuming. So we’ve gone from catching up and talking about lots of things in our lives to catching up about business every time. I probably can’t offer him the level of personal support I would have before. And our partners are inevitably involved, as well as our parents. They all want us to succeed but have all probably had to make sacrifices along the way as well. The business will come up without fail at every family gathering.

3. Be prepared for role reversals

There’s a natural hierarchy amongst siblings. Chris is three years older than me which feels like a decent gap when you’re growing up. I’ve always looked up to him and implicitly, “Chris knows best”. Chris would build the treehouse and I'd ask if I could come in or not.

That’s not the case in our business – we’ve learnt that sometimes he knows best, but sometimes I know best. We’ve almost had to relearn our roles and trust our new positions. There’s no natural leader – we can lead together and delegate to each other. There’s no one person having the final say.

4. Make sure you get along as friends, as well as siblings

This might sound obvious but it’s crucial you like each other as people. You may have a bond like you’d never have with a non-relative business partner, and know each other inside out. But you will also need to get along at moments of high stress and be able to brush some things off and move on. That can be tough with someone you’ve known all your life.

To run a successful business you need to know your business partner really, really well. Challenges aside, I know Chris better than anyone else, and I also know he has my best interests at heart alongside his own.