From a Parisian café to a Peruvian mountaintop, why stay locked in your house when the world awaits?
By
Alex Dick 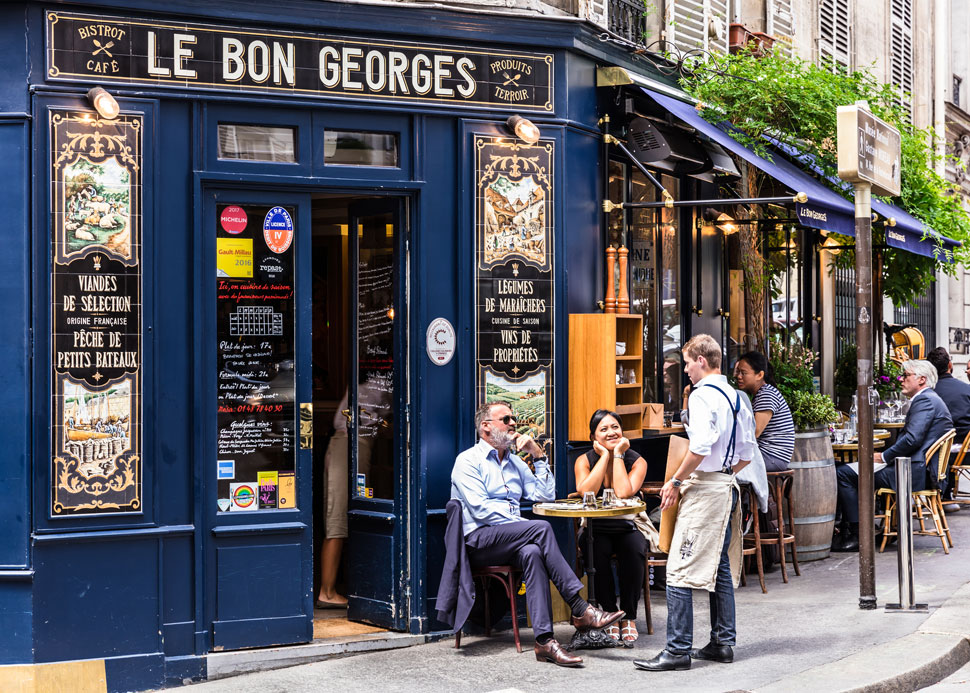 The charming Café Le Bon Georges. The ideal place to work and watch the world

Let’s be honest: if a select group of employers haven’t been persuaded about the benefits of working from home by now, they’re just not going to be.

Higher levels of productivity; fewer commutes; less contact with the plague – all these advantages have entered one ear of such holdouts and left the other without passing ‘Go’ or collecting £200. They just won’t budge.

Given that one more opinion piece about productivity studies and employee surveys is unlikely to shake this Terminator-like commitment to the daily commute, I’m not going to produce one.

Instead, I’d like to propose that the future of displaced working is not a continued reliance on working from home, but a slightly more developed iteration: working from anywhere. And I do mean anywhere – from a mountainside monastery to an Italian villa.

At first glance, this might seem counter intuitive. Surely, if there’s still a decent number of employers who prefer the impression of on-site activity to remote working, there’s no way they’d accept working from anywhere?

On closer inspection, however, such nay-sayers might be intrigued by this idea – especially since ‘anywhere’ includes the office itself.

The advantages of ‘anywhere’

One of the big problems with working from home, both as a policy and as a phrase, is its limited set of implications.

That is: if you’re told to work from home, then you’re implicitly encouraged not to work anywhere else. In that sense, working from home can feel just as limiting as working in an office.

After all, if a worker feels chained to a desk, it’s the chain that bothers them – not the décor.

Working from anywhere, by contrast, changes the field entirely. By officially implementing a work from anywhere policy, there’s no need for any residual feelings of guilt or anxiety that might otherwise come hand-in-hand with working in, say, a coffee shop or other non-traditional environment.

It’s not just a question of preference, but practicality. Suppose you’re visiting your parents for a long weekend, or you managed to get hold of cheaper-but-earlier flights for your upcoming holiday. Under a work from anywhere system, you can get your work done from your childhood bedroom or your swanky Riviera hotel as needs be.

Crucially – especially for the hesitant holdouts who remain suspicious of non-office work – working from anywhere can also mean working in an office for those team members who prefer the work-life balance of a more traditional backdrop for their working life. We maintain a couple of spaces for our employees to use if they feel so inclined – or if they want to meet and collaborate.

Dealing with the practicalities

Of course, collaboration (while we’re on the subject) is one of the sticking points cited by nay-sayers as a reason to remain solely in the office. How, aside from the myriad communication devices we’re surrounded by at all times, will workers manage to collaborate, engage, and train under a work-from-anywhere system?

In all seriousness, it is important to have rules and practices in place for ensuring that everyone is well-supported. While many organisations were improvising during the pandemic, the future of remote work will require a more thought-through and systematic approach.

As mentioned above, we make sure our employees can visit an office if they want to work together in-person, and members of our team have been known to maintain calls for hours at a time while they work apart – allowing them to bounce ideas around at a moment’s notice.

We also try to ensure that training begins with at least one in-person day (though much of the training can absolutely be done remotely with no adverse effects).

It’s not just new hires that need training, but existing managers and executives – many of whom have trusted themselves to work from anywhere for years, but who can often struggle to extend that trust to their teams. This, as Harvard Business Review and other publications have noted, requires a new perspective on delegation, empowerment, and autonomy – while still encouraging accountability from employees more broadly.

In addition to training, we find it’s useful to ensure that team get-togethers occur shortly after new starters join the company, just for that extra dose of human contact – and as a general rule, we make sure that senior team members are as approachable and contactable as possible for Teams calls with new starters.

More than a number

Ultimately, working from anywhere is a significant step towards a more human (and humane) approach to business.

It’s easy for any worker to feel like a cog in a machine; a statistic; or a number – and that’s another reason not to immediately invoke statistics in favour of remote working. It’s not just about the numbers.

Something as simple as a medical appointment, or a child’s graduation, or a sick pet can become such an uncompassionate issue for the full-time office worker who has no option but to squander precious annual leave on an important moment – but this kind of problem disappears under a flexible work-from-anywhere regime.

After all, if you’re allowed to clock in from a Parisian hotel or a Peruvian retreat, it becomes much less shocking to suggest that you’re equally allowed to take liberties with the clock itself, reshuffling your hours to accommodate family milestones or deal with life’s crises as they emerge.

Some detractors will say that working from home is isolating – but we firmly believe that, by embracing a ‘work from anywhere’ philosophy, we can pave the way towards a more connected and more human experience, ensuring that work fits around life – not the other way around. 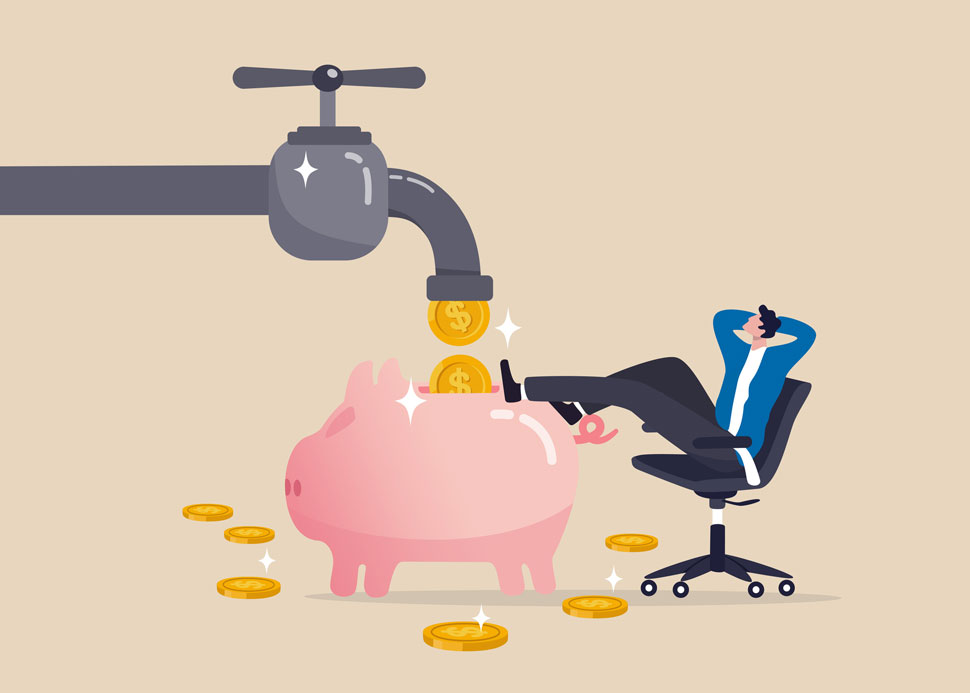 How to extract profit from a business 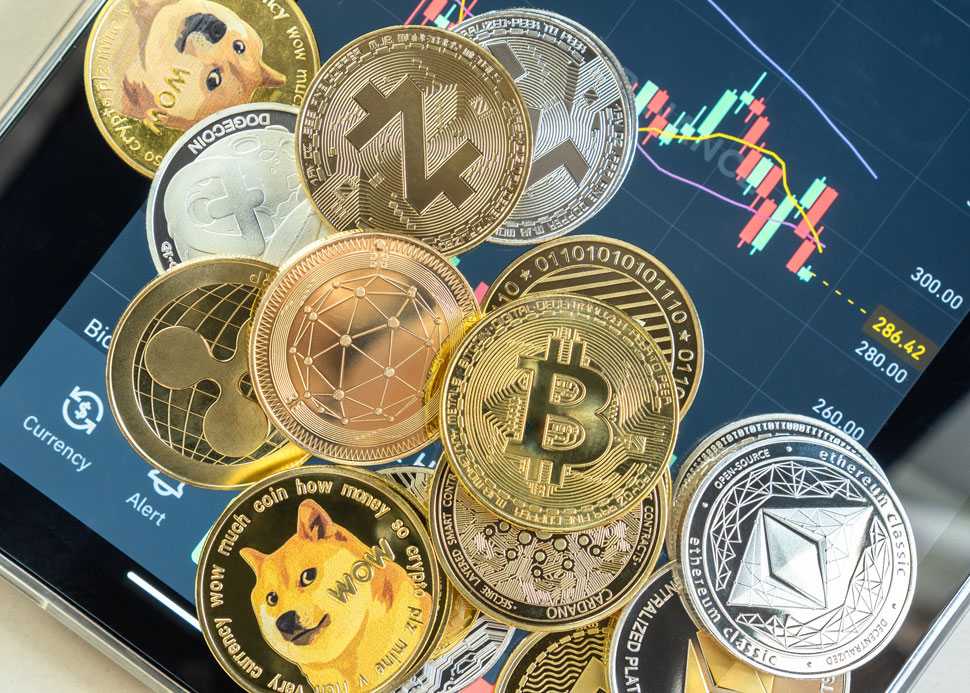 How crypto-assets are handled in criminal investigations 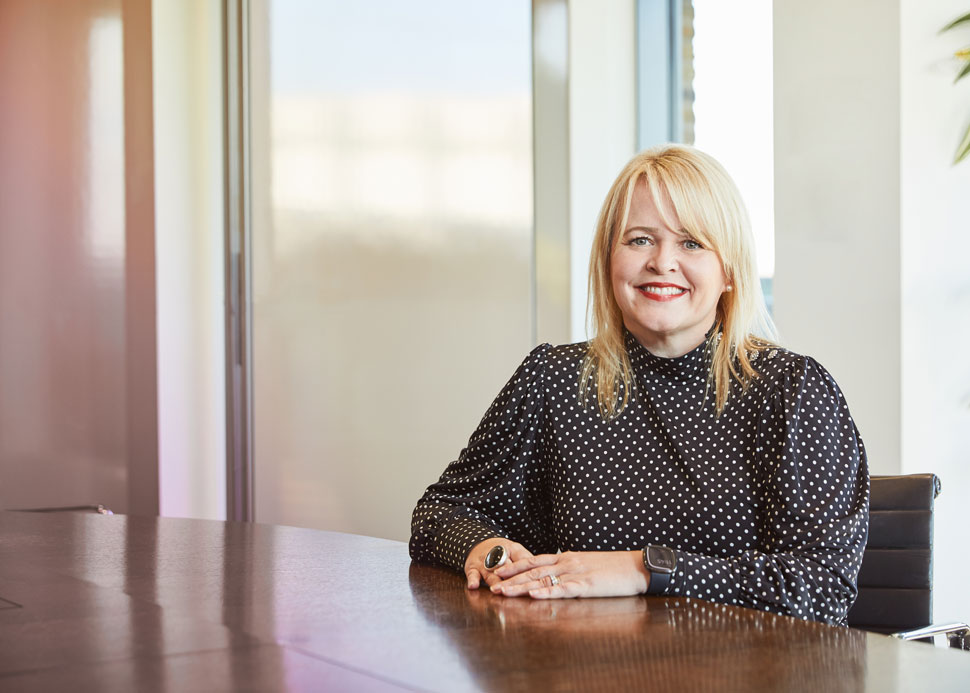 Five ways to revamp your onboarding and improve staff retention