How FoodTech can contribute to solving obesity and saving the NHS

The CEO of Nick's, a FoodTech company, explains the possibilities
By
Stefan Lagerqvist 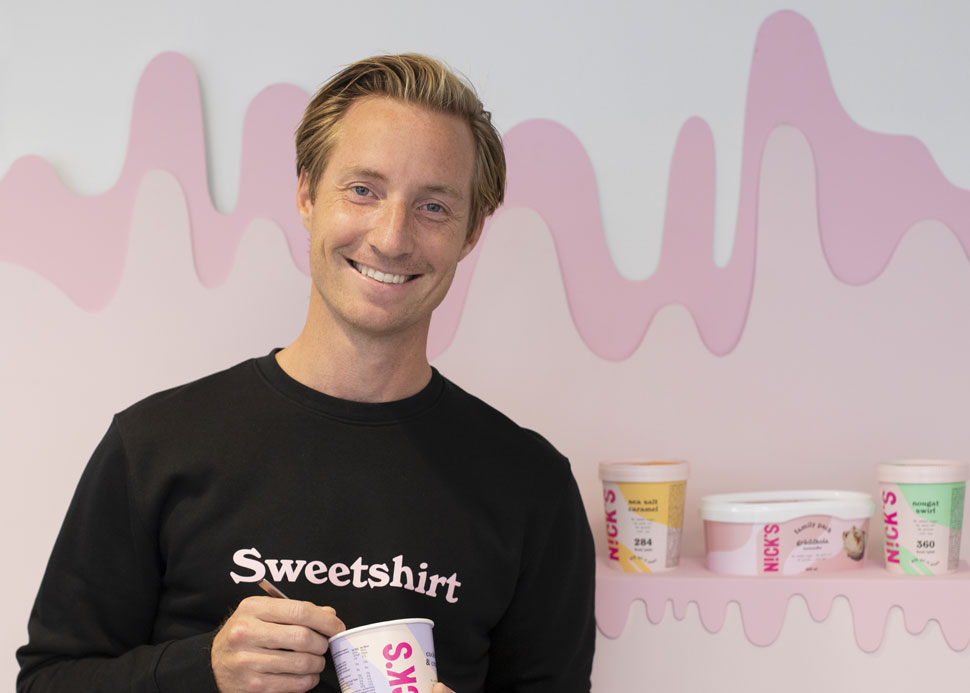 In 2005, celebrity chef Jamie Oliver marched through Britain’s school dining halls in the name of a ‘food revolution’. Since that then-radical mission to improve children’s diets, not a huge amount has changed for the better; in fact, the situation has largely worsened.

In a recent Financial Times article, Dr Chinnadorai Rajeswaran, clinical lead for obesity at Mid Yorkshire NHS Trust, warned that BMI indices have risen dramatically in the last 15 years. The efforts of nutritionists and campaigners have, it seems, not been enough to halt the proliferation of high-calorie, high-sugar diets which adversely impact the health of millions of people.

As in much of Europe, the obesity epidemic is taking its toll in the UK - not only through the severe health implications of the disease (which can include kidney and liver disease, osteoarthritis, heart failure, and depression) but through the consequential impact on and cost to the NHS. Currently, around a sixth of the NHS’s budget is spent on managing Type 2 Diabetes and associated complications.

Throughout the past decade and half, experts have often suggested that informing and educating the public is a key step to improving diets. Increasingly, the idea of obesity as a systemic problem is also gaining traction in studies and research papers.

The problem does not just lie with consumers: the food industry must be held responsible for its output as much as individuals are blamed for what they eat. And innovation, it increasingly seems, is going to be instrumental in creating a future ‘food revolution’.

The power of food science

Founded in 2017, Nick’s, uses innovations in food science to create snacks and confectionery that are both indulgent and healthy. Co-founder Niclas Luthman - the eponymous Nick - was a mechanical engineer by training, who began experimenting with food technologies when he was diagnosed with prediabetes and realised he had to change his high-sugar diet. He resolved to use food science to recreate the snacks he missed but could no longer eat, for himself and others like him.

This ultimately would lead to the founding of the company Nick’s, of which Niclas is Head of R&D. Nick’s today creates a range of products that are healthier than traditional candy counterparts, without sacrificing any of the flavour.

The ‘tech’ of our food is tested through continuous experimentation and testing of ingredients and process, all the while keeping in mind the health aspect and focusing on the overall experience of eating. We essentially deconstruct our products, whether that be ice cream or chocolate, and ‘build’ them from the ground up.

To do this, not only do you need intricate knowledge about each and every ingredient, you also need to know how they will affect each other and how the whole chemical matrix will react during processing. There’s a lot to think about and many tests to make.

For example, where most of the competition might look to replace sucrose with maltitol because it’s the simplest alternative, we always look to find a recipe that has the lowest possible blood glucose impact, and only use sweeteners which are proven to have very little impact on blood sugar levels. We don’t stop with simply taking out the sugar either - we try to reduce calories too.

Often, this involves using ingredients that others wouldn’t dream of, such as Epogee, a plant based, fat-alternative oil. We also utilise xylitol (birch sugar from trees), sweet fibres from corn, erythritol (a natural sweetener from plums and pears), and stevia (an extract from the stevia plant).

We are always working on developing our product line, as it stands we currently have pint ice cream, protein bars, chocolate bars and wafers, as well as sweeteners specifically for cooking and baking. We recently launched ice cream sticks in Sweden which have grown immensely popular, but there is more to come.

Food-tech companies like ours have a huge role to play in redeeming an increasingly scrutinised food industry. Food science has the power to enable individuals to eat healthier whilst still indulging in enjoyable behaviours that may have previously been harmful. The rise of innovative, better-for-you foods also helps to shift the focus away from squarely blaming consumers, towards a more holistic approach to combating the obesity epidemic. Food corporations have the power to create change themselves.

Food-tech innovation won’t achieve the transformation alone, though. Public education is critical too - empowering people to understand what they are eating, as well as why poor diets have both health and societal ramifications. And effective government legislation to enforce regulation of what food is sold, and where, can be combined with taxes and other measures that dissuade excessive purchase of harmful products. And retailers must be taking more responsibility in the products pushed to consumers on a shop-by-shop basis. It is only through this holistic approach that we can shift unhealthy eating patterns which will be transformative in alleviating some of the strain on the NHS.

Innovation in the food industry is going to play an enormous role in transitioning European societies towards better health. Groundbreaking R&D is at the heart of what Nick’s does. Our team combines the talents of a team of leading nutritional scientists, biochemists, and production engineers to make healthier and tastier products for our customers. We’re fortunate that our sophisticated and rigorous R&D processes are supported by our knowledgeable and dedicated investors; we’ve received a total of $160m investment to date.

We also network with leading innovators in order to commercialise and combine ideas that can result in more groundbreaking products. This is facilitated by both our extensive knowledge in food chemistry and by the valuable ecosystem we have cultivated with ingredient companies, manufacturers, machine suppliers, and scientists across the world.

Why ‘Everything delicious is bad for you’ is no longer true

As with any application of science or innovation to alter well-worn behaviours, there is inevitable public scepticism around food-tech’s potential to revolutionise the nation’s diet and tackle obesity. Somewhat neo-Victorian attitudes still linger that associate healthiness intrinsically with suffering or sacrifice. The truism, “If it feels good, it’s not good for you,” is deep-set culturally in both my homeland of Sweden and the UK.

That simply doesn’t have to be the case anymore. With so many clever minds globally at work on sophisticated food innovation, increasingly, indulgence and joy needn’t be at the expense of health. An example of how this has happened before is chewing gum: today, there are hardly any with-sugar chewing gum products on the market, as innovative companies managed to replicate the experience of eating a sugar-packed chewing gum with a healthier alternative.

Reducing sugar in food products is just one piece of the ‘food revolution’ puzzle, but it’s a vital one. Clearly, the consumer appetite for better-for-you, food science-driven foods is there. Our success as a brand, with millions of customers across 16 markets, recently led us to opening a new six-million-euro, state-of-the-art factory in order to meet demand.

Reducing the burden on the NHS is in everyone’s interest. But food-tech can only create real behavioural change on a societal level when in conjunction with better education, with careful and considerate government legislation and policies, and, crucially, with attitudinal change from the big food retailers and brands - who have to be working harder to take responsibility to innovate what they offer consumers and do their bit to improve the modern diet.