How we got our free Machine Learning tools to generate revenue 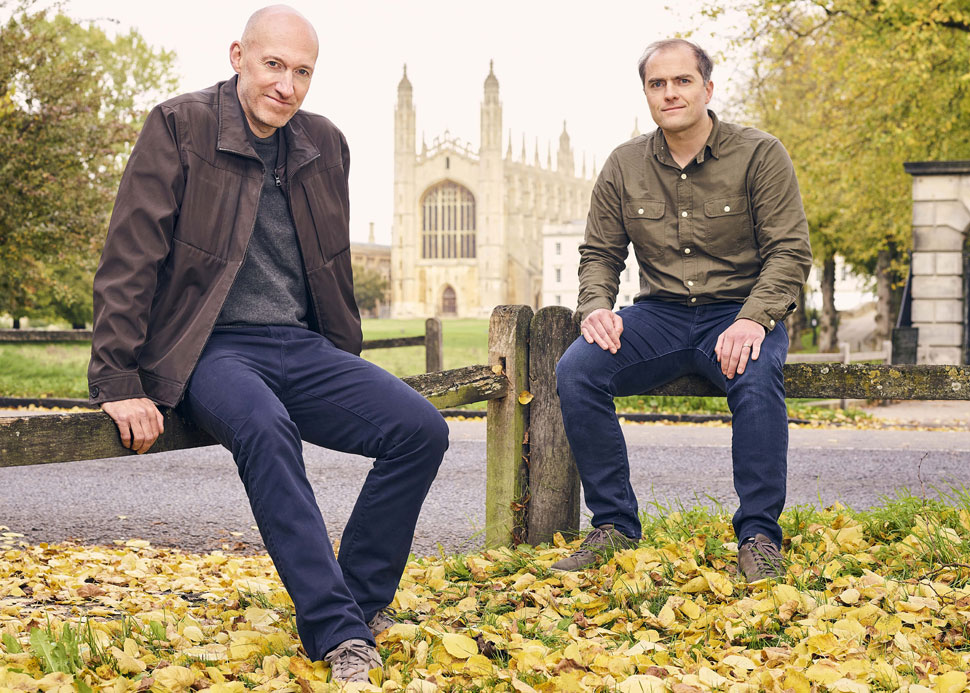 Transitioning between revenue models is like replacing the leg of a stool you’re currently sitting on. There are obvious benefits to getting it right, but your team needs to stay firmly on balance during the transition. And this is the story of our team at Seldon. In the course of a year, we shifted from over 70% of our revenue coming from consulting, to nearly 90% coming from selling a product.

But what drove us to do it, and how did we succeed?

Why the revenue model changed

Seldon was founded by myself and Clive Cox in 2014 (he's pictured above on the left, with me), and has had a consistent goal ever since its inception - to speed up the adoption of machine learning (ML) to solve some of the enterprise world’s greatest challenges. To help achieve that aim, we specialise in providing developers, IT teams, and enterprises with tools that let them efficiently and responsibly deploy ML models at scale.

Our team has created an open source product known as Seldon Core which has become a quintessential part of the ML tech stack for thousands of companies across the globe. Core enables companies to deploy models at scale via their cloud infrastructure, freeing-up teams from any concerns regarding their underlying infrastructure.

Since Core launched in 2018, it’s garnered over five million installs globally. And despite the fact that it’s free to use, Core historically served as our main source of income, via support and consulting services for large enterprises looking to use the technology. By the year ending March 2020, this revenue stream represented 71% of our income.

But Seldon had ambitious growth goals, and a consulting revenue model had some big pain points. We needed to convince prospective customers that there was value in paid support, and put a lot of time into maintaining existing relationships. In turn, this meant we didn’t have the resources necessary to build new products and services to attract new clients.

How we handled the shift

Instead, we wanted to move to an “open core” revenue model. This would see us continue to offer Seldon Core and our other open source projects to the public, while also offering a paid option that integrated with and built on those open source offerings.

That’s where we began work on Seldon Deploy: an enterprise solution that integrated Core’s technology with other tools to help customers deploy their models, while also improving their ability to explain and monitor the performance of their ML models and infrastructure.

We spent a couple of years building Deploy and collaborating very closely with our early adopter customers to help build our minimum viable product. At the same time, we intensified our efforts to continue to build and improve Core for both the public and our existing support relationships. This work actually ended up feeding into Deploy’s product quality, given that it incorporated Core.

In February 2021, Deploy hit v1.0. At this stage, we were working hard to convert our existing paid customers and users into Deploy subscribers. The team also communicated Deploy’s value to the rest of the community, converting previously non-paying users into paying ones off the back of Deploy’s more extensive functionality.

In practice, Deploy’s rich feature set meant that moving to it was a pleasant upgrade for many existing Core customers, which in turn helped us shift our revenue model.

By the end of Q2 2021, Seldon Deploy had surged to make up the overwhelming majority of our income. Indeed, 88% of our revenue came from product licences. Our revenue as a whole has also grown in this time, which is testament to Deploy’s strong value proposition.

How did we achieve our goal?

Now that we've achieved this, we can actively market Seldon Deploy and build out our sales teams to grow revenue faster than ever via our new model.

Based on our current sales pipeline, we’re on track to have tripled our product revenue within this financial year, which is fuelling a remarkable growth in headcount. We’re set to have tripled our headcount by the end of 2021, and we’re also now building a dedicated team from scratch in the US. While a delicate transition, our experience is a good example of how a revenue model shift can truly unleash the growth of any successful startup.