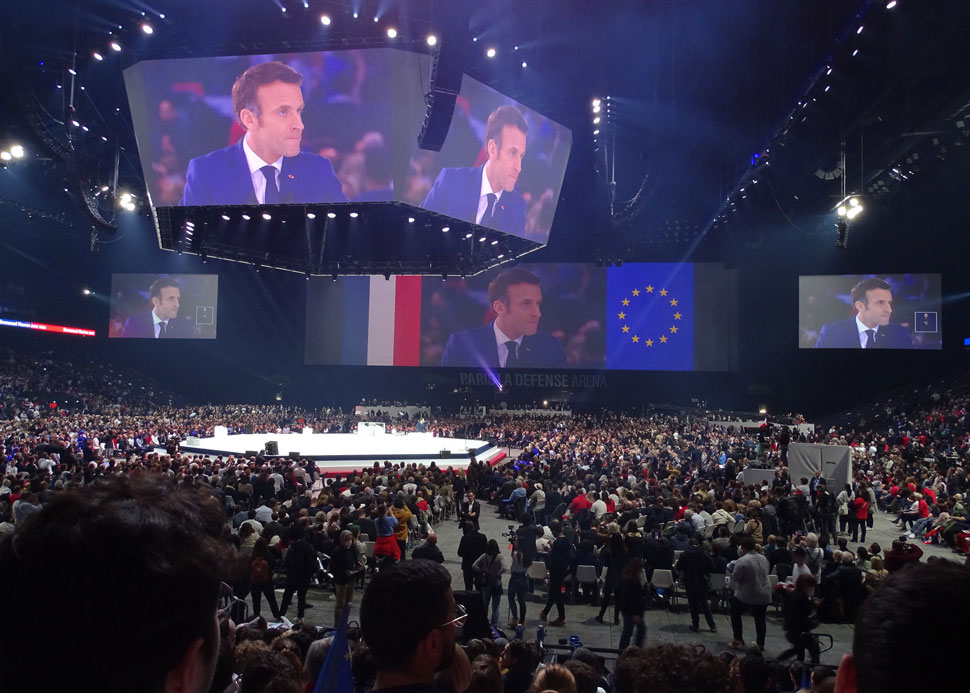 Equity markets edged lower last week, with global equities down around 1%. Following their V-shaped recovery from their low on 8 March, which saw markets bounce 10% in the space of three weeks, they have fallen back around 3% and are currently some 6% below their January high.

The recent retreat has been quite modest given the continuing sell-off in bonds, with 10-year US Treasury yields last week up another sizeable 0.35% to 2.76%. The catalyst was the latest news on the Fed’s tightening plans.

Fed governor Brainard, who is set to become the next vice-chair, confirmed the Fed’s intention to tighten policy rapidly to get inflation down. A 0.5% rate hike to 0.75-1.0% in early May is very much now the market’s expectation and rates are expected to be up to 2.25-2.5% by year-end.

The Fed also confirmed it will start unwinding its quantitative easing next month and plans to run down its bond holdings at close to double the pace it employed in 2017/18. The rundown of its $9tn balance sheet will be capped at $95bn per month.

The pressure to move policy expeditiously back to a neutral stance (the Fed’s new mantra) should be highlighted by this week’s inflation numbers. Headline inflation in the US is expected to hit a new 40-year high of 8.5% in March. Here in the UK, inflation should also rise further but to a mere 6.7%. A move up to 8-9%, however, is still on the cards for later in the year.

The resilience of equity markets in the face of the sharp rise in bond yields and war in Ukraine is in large part down to equities looking considerably better placed than fixed income in this new higher inflationary environment. But it also reflects equity valuations falling back to more reasonable levels.

The 12-month forward price-earnings ratio for global equities is down to 16.5, close to the long-term average. This decline has been possible because so far at least, earnings expectations have held up surprisingly well despite the deterioration in the economic backdrop.

Earnings forecasts for 2022 have in fact been revised up a little since the start of the year, even in the case of Europe. The US first quarter reporting season kicks off this week with the banks and will be closely watched for any clues as to whether this optimism is justified.

S&P 500 earnings are expected to be up 6% on a year earlier, a comparatively modest gain compared to the 50% increase achieved last year. A marked drop in earnings of the financial sector should be matched by a surge in profitability of the energy companies.

Markets will be paying attention over coming weeks not only to the earnings season but also developments in France. Macron now faces Le Pen in the second round of the French Presidential election on 24 April. The polls favour Macron but not by a lot and given the political upsets of recent years, his re-election is clearly far from a done deal.

A Le Pen victory would very likely lead to some sell-off in French equities. However, her economic policies at least are not market unfriendly, her hostility to the EU and the euro has waned and her ability to push through the more radical elements of her agenda is likely to be constrained by Parliament. So, the market reaction could well be more muted than one might expect.