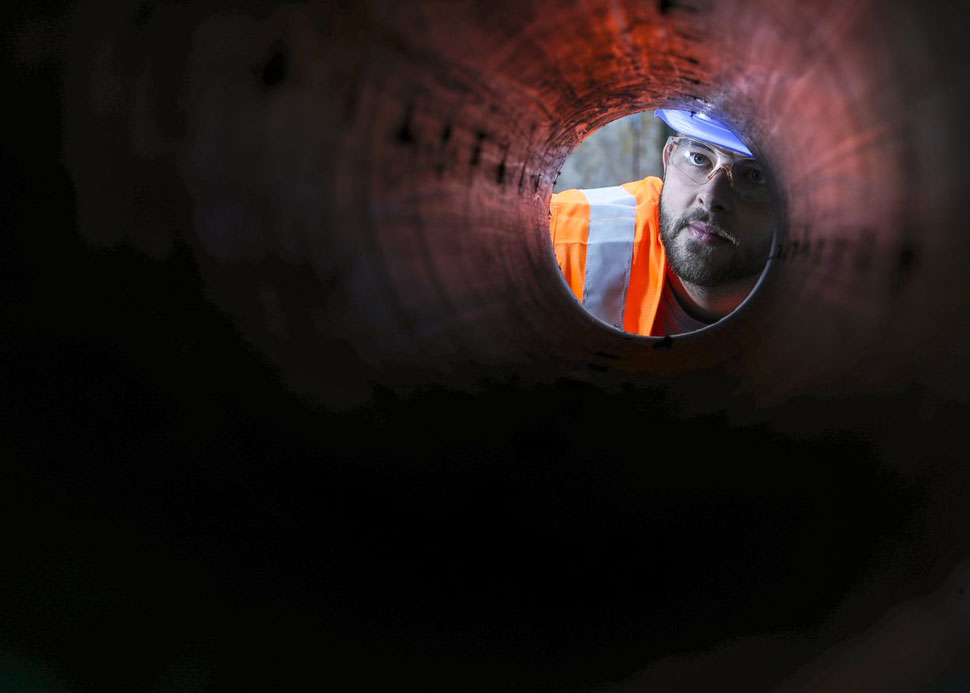 An all-star cast of engineers, rail executives, and drilling experts have come together to pioneer a new way to tunnel. Their company, hyperTunnel, has the power to change the way cities are built, and may have implications for the design of HS2. The chair is Mark Carne, former CEO of Network Rail - which gives you a sign of the seriousness of this enterprise.

Business Age spoke to co-CEO Jeremy Hammond about the technology, and how it compares to Elon Musk's tunneling start-up.

Hi Jeremy! What is hyperTunnel?

hyperTunnel is a revolutionary new tunnelling technology company which is completely changing the way underground spaces are built, enlarged, maintained, and monitored.

Complexity, cost and project risk have remained stubbornly high in tunnelling because methods have seen little fundamental change in over 150 years. But now British start-up hyperTunnel is bringing big improvements to the industry through digital transformation and technology transfer. As a result, tunnelling projects are set to become more sustainable, less expensive, less time-consuming, and commercially less risky - significant advantages when the world’s growing population has an increasing need of underground transport and utilities infrastructure.

What makes hyperTunnel so much better than current tunnelling methods?

hyperTunnel first drills a series of horizontal bores along the path of and to form the outline of the tunnel. These make it possible to take multiple parallel core geology samples along the entire tunnel path. Data is gathered from the bores by semi-autonomous robots and a proprietary 3D ground-penetrating radar system. Seismic, tomographic and thermal imagery data are also meshed together to facilitate 3D visualisation capabilities. All this data is further used to create a digital twin of the tunnel and surrounding ground. This is much better than the current method, which is to drop vertical boreholes along the planned tunnel path up to 500 metres apart - a distance over which geology can change.

hyperTunnel’s method is much better than the current method because it creates, for the first time in tunnelling, a complete and detailed picture of the geology that will be encountered along every centimetre of the tunnel’s path - whether and where there may be changes in geology, fissures, voids, or water. This eliminates uncertainty and the risk of delays and increased costs.

Moving from the preparation phase to the construction phase, hyperBots are now sent into lined construction bores to create the structural shell of the tunnel using swarming techniques. These hyperBots perform a wide range of tasks including drilling and the deployment of composite construction material in an additive manufacturing process using the same principle as 3D printing. By using hyperSwarm technology, hundreds or even thousands of hyperBots can work simultaneously all along the tunnel path, with the ability to pass each other and move freely. This is much better than current methods because it results in higher productivity, significantly reducing construction time and costs, not least because the whole tunnel is being worked on all the time rather than just tackling one or two faces.

Another advantage is that the hyperBots work to a construction plan shaped by the digital twin of the tunnel and by Artificial Intelligence providing key data such as material strength, chemical volume, and location. This is much better than current methods because it enables deployment of exactly the right construction materials along every centimetre of the tunnel.

For excavating the spoil for larger projects, hyperTunnel is developing a new dragline shield technology, called hyperShield, utilising techniques used in open-cast mining. The hyperShield is pulled, rather than pushed, along the tunnel’s path by cables that run through the sacrificial pipes previously used for constructing the structure. This is better than current methods because it makes it possible to complete the excavation in one continuous pass, at speed. And because hyperShield is controlled by operators located outside the tunnel, it greatly reduces human risk. At no stage during preparation, construction or excavation is it necessary for people to enter the potentially dangerous environment of the incomplete tunnel.

The hyperTunnel method is also better because - when cylindrical boring machines are used, the base of the tunnel is built flat or indeed in any shape required by the project with the only constraint being that it is structurally sound. This reduces the amount of spoil that needs to be removed.

Another advantage of hyperTunnel’s method is that the creation of a digital twin simplifies handover and provides a ‘single truth’ database of construction and geology details to enhance future asset maintenance and management over the lifetime of the asset during which it is reporting on its health around the clock.

Tell us about the team at hyperTunnel

hyperTunnel’s lateral thinking - adapting technologies from industries such as Formula 1, mining, oil and has, chemistry and surveying - comes directly from the company’s leaders, who possess expertise not only in civil and structural engineering, but also a broad range of other industries.

The co-founders and co-CEOs are Steve Jordan and Jeremy Hammond. Steve has previously held leadership roles in several UK businesses in the energy and property development sectors; Jeremy’s background is in cutting-edge renewable energy technology and senior leadership roles at two FTSE 100 companies.

Board Chair is Mark Carne CBE. He has had a long and distinguished career in the oil and gas and rail sectors, bringing to fruition large, complex projects while championing safety and diversity. As Chief Executive of Network Rail he oversaw £15 billion of infrastructure improvement projects, halved work-force injuries and increased female employees by 30 per cent, earning him a CBE for services to the rail industry.

Director of Engineering Patrick Lane-Nott is a chartered engineer with more than 20 years’ experience in top-level motorsport, working with the most advanced race car simulations, building digital twins for vehicle development and race strategy.

Other Technical Board members are:

How similar is it to Elon Musk's Boring Company?

Not at all similar. Elon Musk’s attempt to modernise tunnelling, announced five years ago, has not changed the traditional process of creating the tunnel itself. He intends to lower the cost of tunnelling by reducing the size of tunnels required, increase the power of tunnel boring machines (TBMs), and increasing the time the TBM is in use. But the tunnel’s size will be limited to accommodating a vehicle the size of a Tesla X.

What tunnels have you dug so far?

Work is expected to start about a year from now on the first completely new tunnel built with hyperTunnel’s technology. The company is currently conducting testing on scale tunnels at the hOLE (hyperTunnel Outdoor Learning Environment), one of its two sites in Hampshire. The latest test tunnel is six metres long, five metres wide, and employs all aspects of the hyperTunnel methodology, including surveying techniques, robotics, deployment tools, and monitoring processes.

Before the first new tunnel build, we can expect to see the company involved in refurbishment projects. Earlier this year, hyperTunnel won a contract to work with Network Rail on non-disruptive tunnel repairs for the maintenance and improvement of railway infrastructure, which includes approximately 650 Victorian-era tunnels across the UK. hyperTunnel’s methods are expected to bring significant cost and delivery-time improvements, as well as greatly reducing inconvenience for passengers. The first commercial repair project is currently set for 2Q 2022.

Where are the major applications?

The hyperTunnel methodology is beneficial in the building of new tunnels, and for repair, monitoring and enlargement of existing tunnels, whether the primary application is transport, mining, utilities, or underground assets such as car parks.

Why is Network Rail, for example, so poor at building tunnels?

It is true, of course, that Network Rail is tasked with maintaining an ageing infrastructure which includes more than 600 Victorian-era tunnels, a big logistical challenge. But Network Rail is no poorer than any other business at maintaining tunnels - tunnelling everywhere is slow and expensive, which is why hyperTunnel’s co-founders saw the need to revolutionise the way it is done.

What are the savings of a hyperTunnel tunnel?

The savings are significant, and of course we will discuss these with potential clients, but we are not yet quite ready to disclose figures publicly.

Who developed the technologies used by hyperTunnel?

The technologies are being developed in-house and patented. In order to maintain a fresh-thinking approach it was critical from the outset that we didn’t employ anyone with a tunnelling background. We selected people with dynamic engineering experience in innovation-rich sectors such as Formula 1, aerospace, oil and gas and geoscience. We wanted to be limited only by our imagination, not constrained by convention.

How are you going to export the technology worldwide?

The hyperTunnel method and its modular components can be licenced, managed as part of a consultancy contract or accessed on a commission basis. Some elements of the technology may be leased.

Who are your investors? Are you looking for more funding?

The investors are the founders and a private investor through a Hong Kong entity. There is also funding from initial development contracts with Network Rail and MBCC Group, one of the leading suppliers of construction chemicals worldwide.

Yes, we are looking for more funding. We are currently talking to venture capitalists in Silicon Valley as we are recognised as a high-growth tech company. Also, there is substantial interest from potential strategic partners amongst the biggest global names in construction including consultants and contractors.

What is the five-year plan for hyperTunnel?

To revolutionise the tunnelling industry; to provide the technological breakthrough to provide a solution to the fact that the growing population needs a way of building underground assets that is sustainable, environmentally better, safer, and at a viable cost.

We are likely to start with smaller scale tunnels and repairs, growing to mega projects. We are already in discussions with project leaders in the UK, Middle East, USA, Japan, India and Canada. 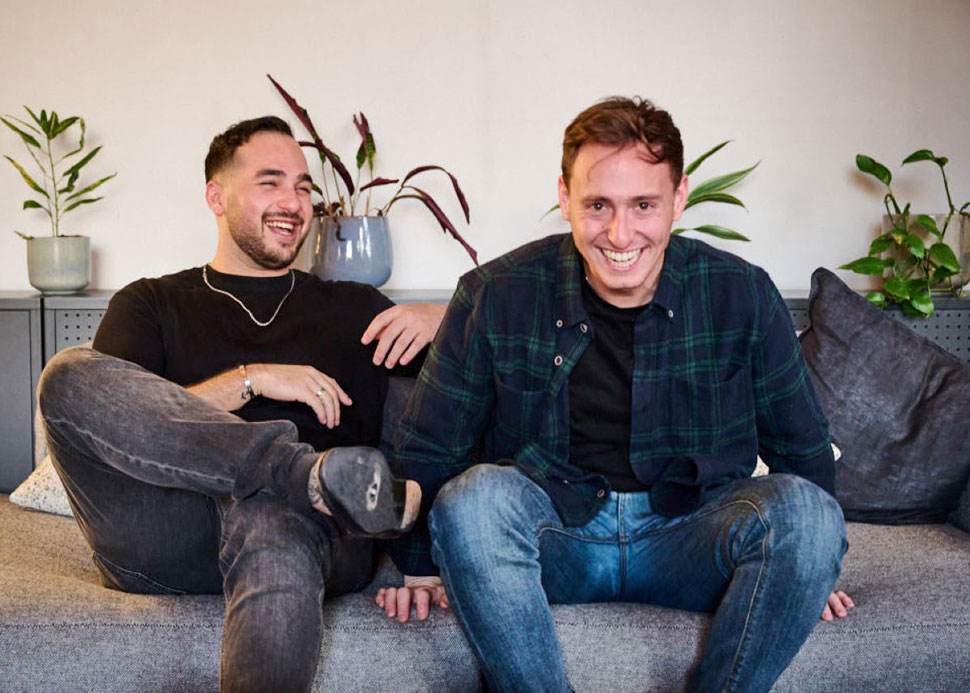 Inside UniTaskr: the "Uber" for student labour 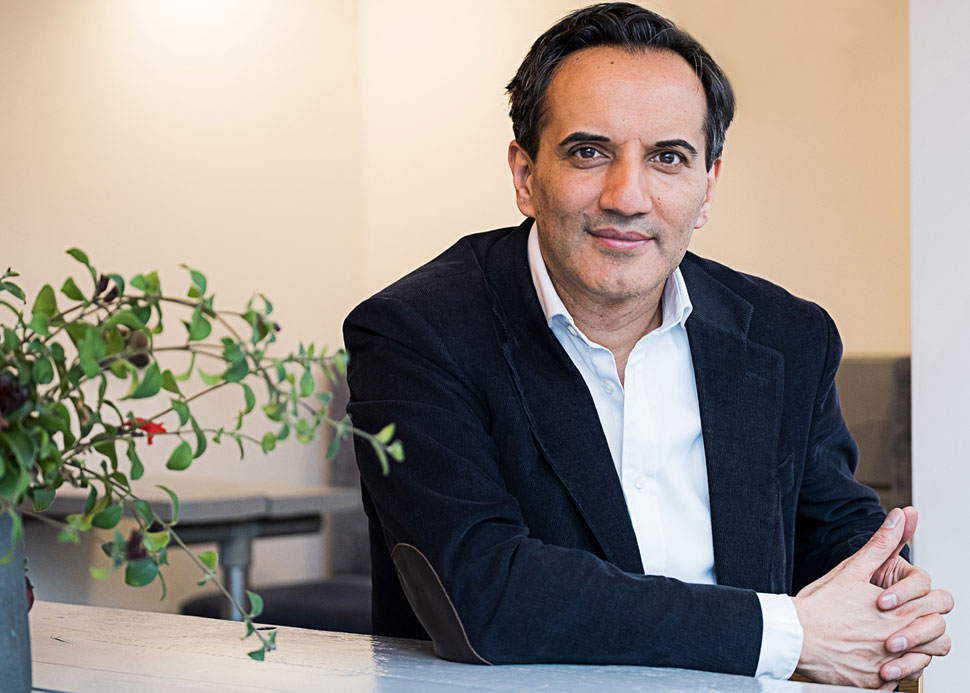 Are you at risk from climate change? Ask Cervest 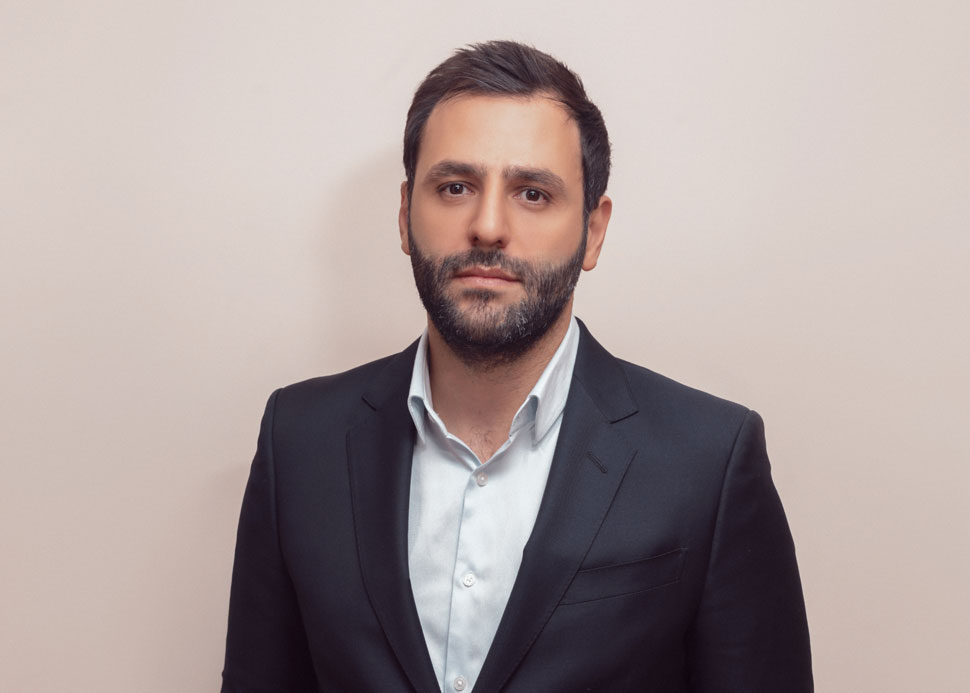