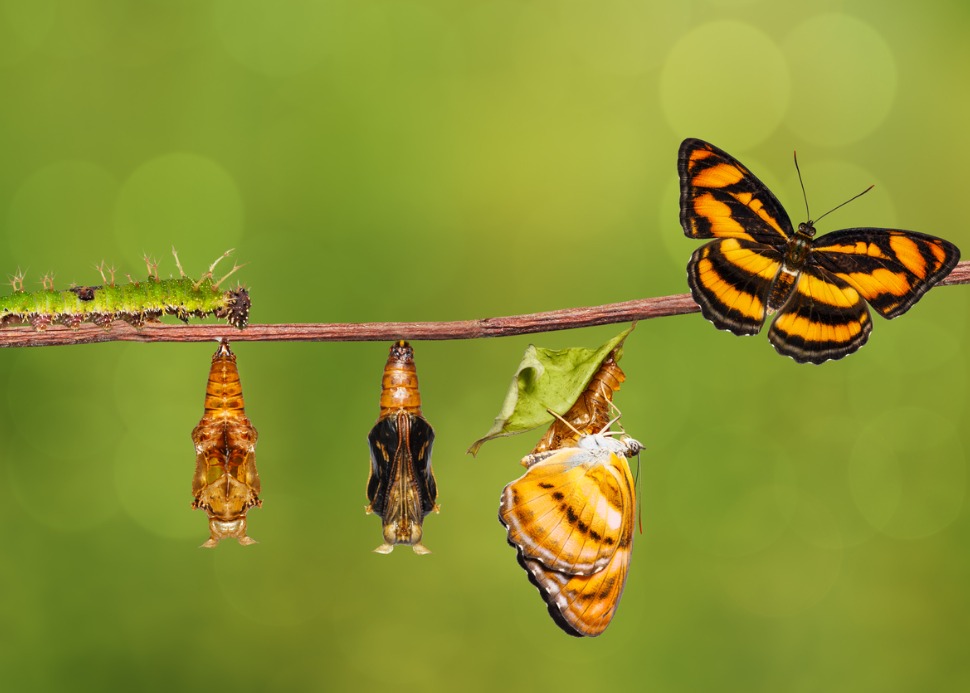 Twenty years ago, you would have been extremely unlucky if you led a company which got hit by major disruption. Fast forward to today and there’s not a business or industry which hasn’t gone through at least one wave of major disruption, or has got disruption on the horizon.

Along with rapid technological advances and attitude shifts on issues such as sustainability, global instability is making leaders’ jobs ever more complicated. Russia’s war has driven firms’ energy costs to unprecedented levels, for example, just a couple of years after the COVID pandemic stretched most companies to their very limits.

With the need to adapt, the case for transformation is getting greater and greater. Indeed, there is so much ongoing disruption that entrepreneurs and leaders need to think of transformation as constant evolution rather than episodic - and appreciate this is going to be the case for many years to come.

As part of my work at the University of Oxford's Saïd Business School directing its Advanced Management and Leadership Programme, I recently led major research with EY on what it takes to lead transformations. Put simply, it is now the core of the job for anyone in a business leadership role, even if they have only just started out. Off the back of this, here are six actions I believe every leader should take.

This is the ability and, just as importantly, willingness to see change coming in the years to come - and realising the current status quo won’t cut it.

A great example of this was at L’Oréal, whose UK and Ireland chairman, Geoff Skingsley, I recently interviewed on my Transformation Leadership 2050 podcast. In 2013, L’Oréal’s leadership team realised its physical retail model could not be relied upon in the years to come. It correctly foresaw the power social media and influencers would have and launched into a digital transformation, a concept still in its infancy at the time. Years down the line, it was a contributing factor as L’Oréal saw growth in the second half of 2020: a year, of course, when traditional retail models were ravaged by COVID.

2. Consciously detach from the status quo

In other words, leaders need to deliberately spend time away from the day-to-day grind - endless emails, meetings, Zoom calls - of their current working space. That may be going with senior colleagues on a retreat, or spending time in nature. It’s easier said than done given the all-consuming nature of running a business, but any leader whose head is down won’t see what’s coming on the horizon.

Going back to the example of L’Oréal, its executive team members were ordered to clear their diaries and told they would be spending a week in Silicon Valley to “meet the disruptors” in order to learn how change was effected in the tech world. As Skingsley told me, it took them away from their normal way of thinking - the status quo - which gave them conviction about the digital transformation process they were about to embark upon.

3. Develop a purposeful vision for the organisation

A leader needs to establish why their business exists and who it is serving. What parts of the organisation do they need to take with them - and what parts can they leave behind?

It brings to mind CVS, America’s largest pharmacy retailer, which in 2014 stopped selling cigarettes because it was “inconsistent with our purpose” of helping people “on their path to better health”. It was an unimaginably high-stakes decision to make - said to have cost the company $2bn in revenue - but ultimately its leaders realised providing a customer with a prescription and a packet of cigarettes at the same time didn’t sit comfortably. But CVS believed the decision ultimately strengthened its standing among customers and is reporting annual growth eight years on.

Establishing a purposeful vision sends a message about the trajectory of the company, helping reinforce the workforce’s belief about the need to transform.

When we’re told our world and job is changing, it can throw us into fear. What will this mean for my future? My mortgage payments? Will I be able to care for my family? Often leaders don’t see these things, which can cause negative emotions to spiral.

In our research on transformation, we surveyed 935 senior leaders and 1,127 employees from 23 countries and 16 industry sectors. We found that when transformations underperform, leaders have made little or no up-front investment in an “emotional plan” to go along with the project plan - with workers feeling the consequences. Three-quarters (76%) experienced negative emotions and quite frankly there was some concerning terminology used to describe their experiences: words such as “stress” (19%), “upset” (13%) and “depressed” (10%).

This emphasises how essential it is for leaders to acknowledge the emotional journey their people will go on, and to carefully manage these dynamics. For me, that means asking questions like: “Where are people now? Where might they get to?” By understanding these factors, a leader is able to “do with” their employees rather than “do to” - and our research found transformations which prioritise emotions in this way are 2.6 times more likely to succeed.

5. Align the rational with the emotional

The rational is the project planning, timescales, funding, tasks and KPIs - and aligning these to the new state. This is a critical point in making a transformation real. But as it progresses, how are people reacting to the loss of the status quo? Are there people who don’t want to make the change?

One leader, Gaude Paez of game developer Riot Games, told me how the company offered “amicable opt-outs” - three months’ salary plus their bonus - for anyone who didn’t want to be part of its new direction. It was offered on a “no questions asked” basis, avoiding damage and ill-feeling while keeping Riot on track as it underwent a necessary cultural transformation which had been brought about by a gender discrimination lawsuit.

6. Embed transformations as the new normal

In these disruptive times, leaders need to move from “transformation" to "transforming" so their organisations can stay in a state of evolution. It’s almost like they need to see their organisation as a living organism, as opposed to a predictable machine.

By putting humans at the centre, organisations can more readily adapt to changing times and embed this state of constant transformation. Our research is still ongoing on this, but for me it means leaders have to be willing to understand and listen to their workforce - not necessarily a skill that comes naturally to someone used to delivering results off their own back. But a 38-year-old CEO, for example, can likely learn a lot from a 24-year-old tech lead who is multiple levels below their pay grade. To lead in this way takes emotional bravery, and humility - but it also turns the “putting humans at the centre” narrative into something more substantial.

Andrew is director of the advanced management and leadership programme at the University of Oxford's Saïd Business School, an accredited business coach, and host of the Leadership 2050 podcast