Six lessons I learned in business

"Every six months I ask myself - would I rehire this person?"
By
Firdaus Nagree 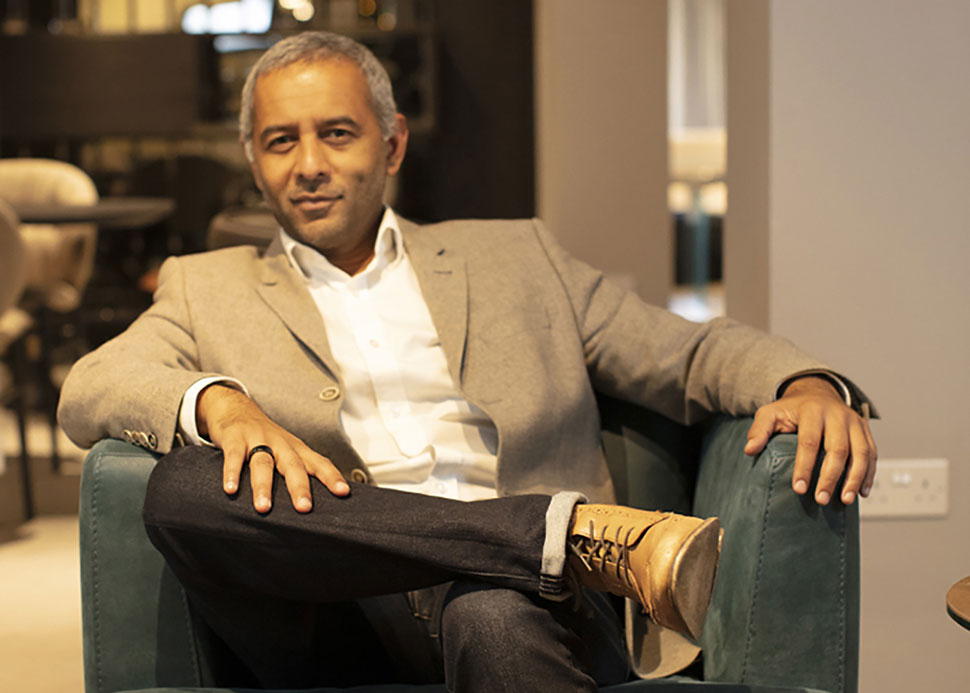 Having started my career as a strategy consultant I became involved in the London property scene at an early age. This led to me being actively involved in a variety of sectors including digital hospitality, F&B, construction, interior design, retail, bridge finance, PropTech, education, aggregated logistics, property, on-demand food delivery and insurance. My business FCI London is the city's largest luxury furniture retailer.

As a proud business owner I enjoy sharing the lessons I’ve learned along the way.

It’s all in your head

The most important lesson I have learned that is directly linked to business success, but often not seen to be, is to concentrate and work on your headspace. It has proven pivotal to me to be in a really clear, calm headspace through meditation and morning routine. I take two hours for myself every morning. I wake up between 5:00am and 5:30am; then I either exercise or meditate before doing my morning routine. This way I get real clarity in terms of what I’m going to do with my day. Life gets in the way and it’s not always possible to do it - but it has been a game changer for me. That said, being kind to yourself and not beating yourself up on the days you don’t get to reflect is equally important.

The second lesson, which is one everyone knows, but has proven over and over again to be vitally important, is creating the right team. Making sure you have the exact right people in the right seats and evaluating this continuously. My process is simple - every six months I write down the name of every key person in my company on a piece of paper. I then go over it by asking myself, “Would I re-employ every single person given a blank piece of paper?”. If I hesitate over a name, I consider if this is an emotional reaction first. Then I really analyse the individual and their work and figure out why I had that slight hesitation. This method really works for me.

The third lesson, which is again linked to people, has to do with coaching. Moving away from the day-to-day operations in the company with a select group of people has been very important for me. I pick three or four key people in the team - I find it hard to emotionally connect with any more - and I try to coach them with a singular objective in mind: that specifically being what it is that would make their lives better. We don’t focus on things that will make them better at their jobs, or a greater asset to the company, but just on what they would like to achieve personally to have a better life. It’s amazing how many times I’ve seen people not having any idea where they want to go in life, simply because they are too busy working so hard for you. This way the people that I coach see that it’s not just about work or some sort of cyclical gain, but about maximising their potential. A win for everyone involved. I’ve been guided by a great book, Trillion Dollar Coach, by Eric Schmidt, Jonathan Rosenberg and Alan Eagle. It has given me great pleasure and people get a lot of value from the lessons taught in it.

Values at the core

The fourth lesson concerns the core values of your company. Being clear about them and banging on about them until people either come around or they leave the company is crucial. Again, this might seem like something we all know and speak about often, but we saw a massive shift when we took our core values and really scrutinised them. Taking them off the spreadsheet, screensaver and mousepad, and actively doing things based around our values - looking at behaviour, assessing performance, hiring and firing in accordance and really being adamant about the values in every step of the job. It so happened that, through this, we would at times hit a core value that we just couldn’t live by - whether it was commercially or practically not viable. These values were then identified and dropped.

Charity begins at the office

The fifth lesson has to do with cause. As a company we have a really clear cause in terms of the charity work and the causes we donate to. We have been donating a part of our business profit to different charities for years. I used to do it completely under the radar - almost embarrassed that it was too cheesy to talk about. Then I made a shift to talk about it, internally and externally. I’m no longer shy or timid and not scared that people will think I’m bogus or phoney. I believe in it and so does my team. Our charity now partly drives the business, as the more revenue we make, the more profit we make, and the more we can give to those who need it. This has been a game changer for us as a business.

And the sixth lesson is on marketing. It’s so easy to just hand this over to a team or junior employee and expect them to run with it. I believe that understanding every component - not necessarily getting involved or doing them per se on a daily basis - but understanding the fundamentals and different components of your marketing, sales funnel and lead generation is of vital importance as a business leader.

Whether, as a business owner, you’re looking for new business opportunities or to build connections - networking is the answer. Joining a community of like-minded peers is crucial for any entrepreneur as it combats loneliness, gives you the opportunity to have questions answered as well as to help others. To network and share experiences and insights with other leaders allows you to draw from the expertise that only another entrepreneur would have. I am a proud member of Entrepreneurs Organisation London (EO), a global network of 15,000+ entrepreneurs, all of whom operate businesses earning a minimum of US$1 million in annual revenue.

Written by
Firdaus Nagree
Founder and CEO of FCI London and a member of the London chapter of Entrepreneurs Organisation
Recommended reading: