The problem with playing it safe

James Trowman, partner and general manager, at The Frameworks, explains why boldness in marketing pays off
By
James Trowman 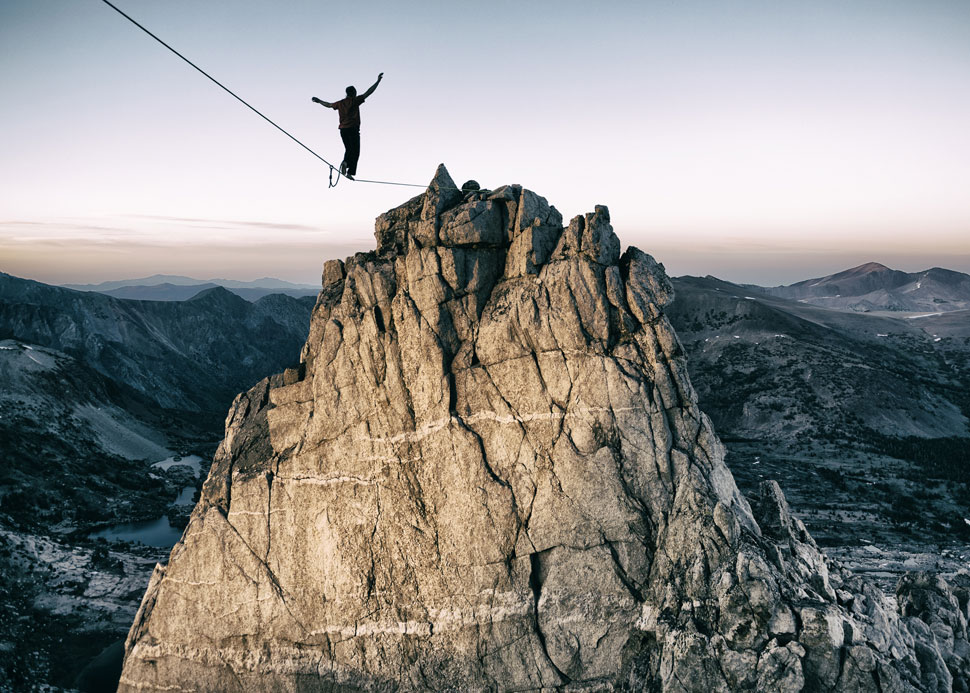 This question was at the centre of an ad campaign by the Financial Times in 2008. It encouraged a conversation about why marketing budgets are often the first to be cut in times of economic uncertainty and highlighted why they shouldn’t be.

Today, this conversation is playing out again.

Cutting or reducing marketing budgets is not a wise strategy in the long run. The Financial Times campaign effectively demonstrated this by outlining that when the economic situation improves the companies that will be able to quickly bounce back are those that kept up their spending. It also often results in more “vanilla” campaigns at a time when businesses really need to be bold.

A direct line can be drawn between investing thoughtfully in marketing and improved business results. Done well, marketing attracts new customers, but it also retains current customers and can even encourage them to increase their budget. Good marketing shows that a business is active, engaged and thriving.

Low investment is more likely to generate low returns. A recent survey by The Frameworks found that under-investment in marketing is common among B2B marketers (75% of respondents). This includes both low financial investment and low creative investment.

Indeed, a staggering 96% of respondents stated that pressure to deliver against specific goals stands in the way of original thinking. Meanwhile, 90% of firms say they’ll take the safe option, rather than strike out in search of something different.

A large problem with setting specific goals is that they’re often influenced by past wins; previously effective campaigns become metrics for future success. This makes sense in theory, but in reality it’s stifling. There are too many variables for the past to be used as a solid indicator of the future. Instead, to allow marketers to think creatively without being restricted by fear of failing to recreate the past, metrics should focus on the present and the unique aims for each campaign.

I understand why businesses want to play it safe in times of crisis. But it’s actually the riskiest thing to do. Sticking with what you know won’t change anything. The best thing to do is take some calculated risks.

It’s not a case of convincing the board to throw out the rule book and launch campaigns that are entirely off-brand. Rather, it’s a process of delivering bolder campaigns, approaching ideas from a different angle and embracing creativity. These campaigns must be approached with an empathetic view of the audience, focusing on their specific challenges and needs.

One of our clients, Siemens, had a series of technical reports that needed to engage a technical audience as well as business leaders. Facing a common business challenge – appealing to a varied audience – we had to find a bold way to capture the attention of both groups without alienating either. We created an interactive web experience using dynamic animations. This approach allowed Siemens to present itself as a forward-thinking organisation in all it does.

Branching out into bold campaigns doesn’t have to feel like setting out into the unknown. Audience and industry research is a fundamental first step; it’s always important to fully understand the landscape before beginning the campaign journey. Indeed, getting the campaign wrong can have unintended consequences, as Fiat found out in its 1994 anonymous love letters campaign that caused women to fear they were being stalked.

One way businesses can ensure their campaigns strike the right note is to keep an eye on what other companies are doing, both within their industry and more broadly, whether B2B or B2C. Inspiration can come from anywhere. Referencing other successful campaigns can help convince the board that not only should the marketing budget not be cut, but it should be spent on bolder campaigns.

While B2B marketing is often perceived to be less creative than B2C – something we’ve interrogated in our Be Bold report – there are plenty of brilliant examples. For example, the award-winning Speaking in Color campaign from Sherwin-Williams uses AI to create custom paint colours with your voice.

Playing it safe can feel, well, safe. But it carries the risk of looking stagnant and getting left behind. The much safer option is to be bold and take risks. When these risks have been carefully planned and budgeted for, they cease to be risks. And who knows, you might just be the next award winner.

Written by
James Trowman
Partner and general manager at The Frameworks
Recommended reading: