What you get when you buy an NFT artwork

The allegation is you don't acquire the art work associated with an NFT. This ain't necessarily so
By
Josh Sandhu 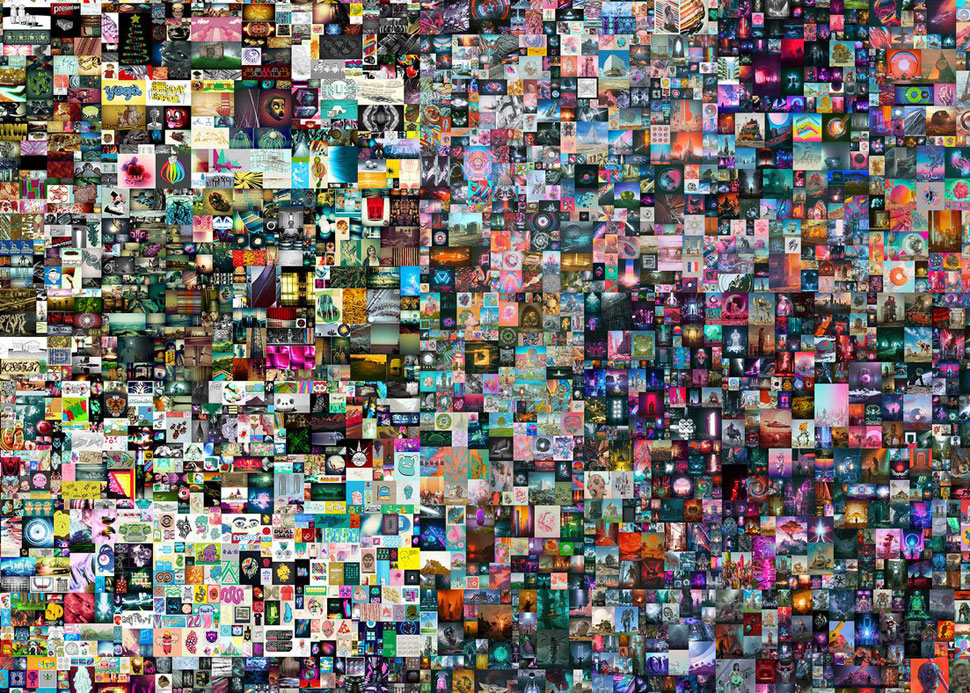 This image by Beeple (real name Mike Winkelmann) sold for $69 million. The buyer acquired a digital blockchain entry, not the actual artwork

What exactly do you get when you buy an NFT? This is a common question that I hear on an almost daily basis. The typical response to that would be that you get a piece of art, whether that is a digital drawing, a piece of music, or a cool animation. But that’s not what you really get. You get an NFT that says you are the ‘owner’ of a file it is pointing to, that file being the work of art. And those bits of data live on a digital ledger called the blockchain. They will say where the file was created, when, who now ‘owns’ it and any other data including any future sales should that particular NFT be sold.

In short, and to liken this to the art market, the NFT itself acts as a certificate of authenticity, and as a certificate of ownership. In the aforementioned paragraph, it was stated that an NFT ‘points’ to the digital asset – but this isn’t strictly true. In most cases it is, but advances in the technology that surrounds blockchain means that some NFTs have the actual piece of art written on the blockchain itself. In these cases, the NFT collector will undoubtedly have direct ownership of the art. But to confuse matters even further, the smart contract associated with an NFT stipulates what the owner will receive. So from project to project, artist to artist, what you as a collector actually own can differ.

Some projects will not give intellectual property rights to the art, whereas others like the Bored Ape Yacht club grant ‘full ownership’ of the asset which is written on the smart contract itself. Yuga Labs, the creators of Bored Ape Yacht Club state that they grant personal and commercial use for owners – though this is a given, theoretically they can’t grant these rights as they have passed them on to the owner in their entirety already so it seems somewhat pointless to ‘grant’ them in the first place.

All this is to say that it is strictly dependent on the project what you as an investor or collector actually own. An artist could in theory sell multiple copies of an NFT. And that does happen, but it also happens in ‘real’ world too. Artists typically have print runs, whether that be through screen prints or giclée and the art market itself has expectations of where each type stands and the expected values for them. Couldn’t an artist keep producing prints and copies? Of course they can, and some do. But the most commercially successful artists understand how the art market works, and galleries will never want to flood a market as that has a direct impact on the overall trajectory of an artist and their value. The exact same thing can be said of NFTs.

Another misconception about NFTs is that couldn’t anyone can just ‘right click and save’ an NFT or ‘print screen’ it. This is a simple one to answer, but critics like to echo this to eternity and ultimately miss the wider point. Yes anyone could do that, but they don’t actually have ownership of the asset. And that’s the entire point of an NFT. That’s the entire purpose of it.

Really and ultimately though, NFTs have been a revolution in the art market. They’re transformative, there’s many use cases for them, but the important thing to note though is that they are an addition to that market. It’s not taking anything away from it, rather, it is adding to it. And for the first time in the history of the art market, digital artists have been able to enter it in a way that simply wasn’t possible without this technology.

Beyond art though, there are other use cases. Take for example the ticketing industry; some in this sector are exploring options to validate ownership of a concert ticket by means of the blockchain. NFTs can also help in tracking supply chains, keeping a record of every interaction of a product and using that data to identify potential issues along the chain and having that all written on an immutable ledger. Blockchain and NFTs aren’t a solution to everything though, and some in the space often try to shoehorn this technology as the solve all problem for practically everything, and that rightly leads to scepticism. But there are problems that blockchain and NFTs have addressed, so far from the cries of this technology being a scam, a bubble or otherwise, this is an expanding market with institutions now adopting it and governments creating regulations surrounding it. What this market will look like in five to ten years is another question entirely, but the cat is very much out of the bag.