‘Thinking about the problem differently was our biggest advantage’

Ben Hookway raised $11.5M in funding over five rounds for his text analysis company. What next?
By
BizAge Interview Team 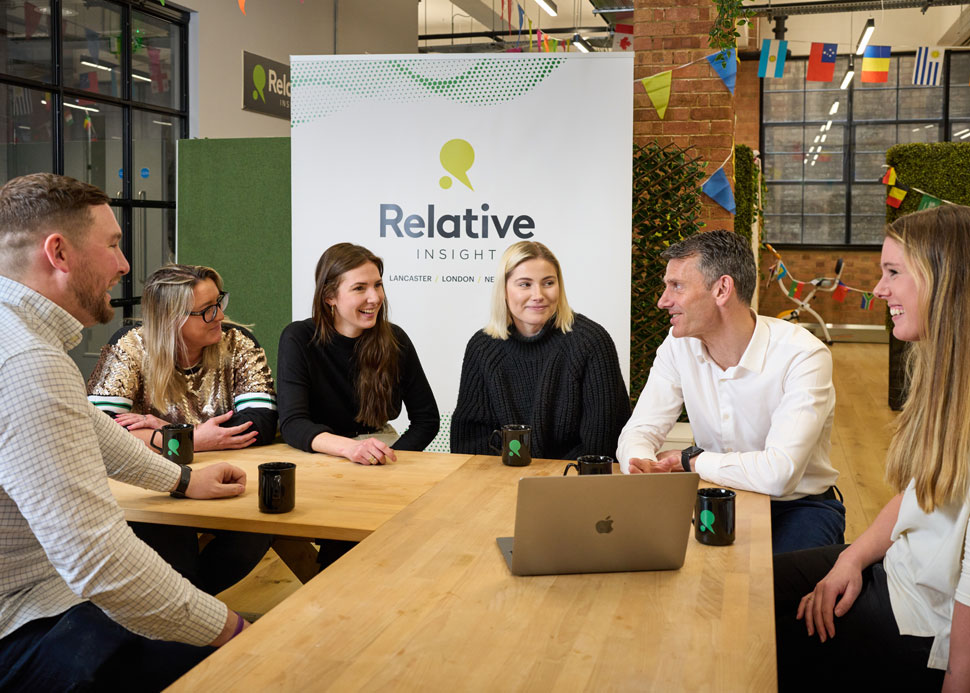 Hi Ben! What does Relative Insight do?

Relative Insight is an innovator in text analysis. We’re a comparative text analytics software company which helps brands and agencies to engage with customers or target demographics by understanding the differences in how audiences speak.

Most organisations have vast amounts of text data that they aren’t taking advantage of - the likes of customer service transcripts, open-ended survey responses, reviews and social media. It’s perceived to be harder to organise and analyse than quantitative data. But herein lies a treasure trove of insights.

The capabilities commonly embedded in social listening and survey analysis platforms typically rely on frequency-based analysis – essentially, counting the most common words or phrases and making a ‘word cloud’. Yet these aren’t actually that insightful because context is necessary to judge the importance of a finding. Rudimental word clouds help to visualise data, but realistically all they really do is surface topic-specific vocabulary in a data set - such as highlighting words such as ‘shopping’,  'purchase'  or 'love' in a retail context, without telling you anything to action.

In contrast, thanks to Relative Insight's unique comparison methodology using natural language processing, we can pinpoint subtle differences in the words used by different groups of people – looking at whether consumers speak differently about your brand after an ad campaign, for instance, and how their language might differ when speaking about competitors.

Originally this was part of a research and development programme at Lancaster University, focused on trying to solve the difficulty in identifying people masquerading online - in particular adults pretending to be children. The project was set up to stop the problem of adults pretending to be kids online to gain the trust of vulnerable children. We then worked with law enforcement agencies before spinning the business out as a commercial enterprise.

What made you think there was money in this?

The truth is that a friend of a friend ran a marketing agency in Manchester and showed me a pitch deck which featured a ‘word cloud’. I asked technical questions about the analysis and the algorithms. It was all just frequency based - as basic as could be.

It dawned on me that we could do something ten times more valuable with one arm tied behind our backs. It was clear to me that here was an industry experimenting with text analysis but not exposed to many ways of doing it. I came from a different application and industry. It’s in the delta that you see the opportunity.

Prior to this, I had been working in the commercialisation of B2B technology – the infrastructure, the messaging, the security, and the tech used in the UIs of mobile phones. I was experienced at looking at cool tech and thinking of new applications.

What’s unique about what you do?

People make the mistake of thinking that what people say, on its own, matters. In reality what actually matters is the difference between that body of text and something contextually relevant – such as the differences in the way people talk about Diet Coke versus Diet Pepsi, or how they started to speak about Diet Coke after an ad campaign versus before the campaign. That difference is the interesting part.

What tends to happen is that all industries coalesce around conventional wisdom; and end up doing something a certain way. People usually build careers by moving from one company to another within a similar industry and all that knowledge gets bound up in one quite small world. We had the advantage of coming at the problem in marketing from a completely different perspective. Having built a solution to help with law enforcement meant we could think about the problem differently. And it was thinking about the problem differently to everyone else which was our single biggest advantage.

What were the main challenges? And what learnings can you share?

We did everything wrong at the beginning. Conventional wisdom is that you must know an industry inside out. You see a problem, you understand it, you build a solution and then you sell it. We were the opposite and I would never advise this. We had this amazing tech, and we then had to go and look for applications. We had to go and find a problem that the tech that had already been built could solve. That’s quite risky. And the trickiest part was understanding the industry we are now successful in – the nuance, how the money flows, the structure, and the pressures that our users are under.

How do you market the company? What’s your advice?

This means that when, as a CEO, you’re talking about what you do, you need to be at the point of almost feeling you are going to be physically sick if you repeat those two messaging sentences one more time. The reality is that it’s just when you’re getting really bored of saying those two lines that you’re starting to get consistent. And consistency is absolutely key – especially as you scale. It’s important to ensure everyone in the company has approximately the same answer to the question, ‘What does Relative Insight do?’

To get there, first of all there is the osmosis stage, when you’ve got perhaps ten to 15 people and everyone just knows what you do and how to talk about it. There are then certain thresholds you cross through with regards to the size of the team. As you work through these phases what was originally picked up by osmosis is no longer. By the time you get to 20 or 30 people this part is more challenging. As a CEO, you need to be prepared for this.

Another key moment in the growth of a company is when someone other than the CEO starts to sell the solution. With all early sales, normally the CEO is the lead sales person - the best in terms of knowing the nuance, the vision, the mission. After all, if you can’t sell what you’ve got based on force of personality and belief, then how do you expect anyone else to?

But then to scale a company, it gets to the point that the CEO can’t make every sale. So how do you get all of that nuance and knowledge in your head and get it ordered so that a sales professional can pick it up, understand it and produce as much or even more value from it, as you can, because they’re actually better at this part of the job? This transition is quite difficult to do. You try to give it to someone and you realise you haven’t documented enough. A lot of it lies in understanding the core value of the product, but also being able to articulate that in a reasonable amount of time. A really great commercial team will take what you do and distill it down, in a way you can replicate.

We’ve raised $11.5M in funding over five rounds and today, we’ve got 100 employees globally. We’re headquartered in Lancaster, in the North of England but we’ve also got offices in London, New York and Philadelphia and we plan to open more.

We’ve got supportive investors, and, yes, it’s enough for now. The answer to that question, though, depends on the strategy we seek to deploy. We may see opportunities to scale quicker and harder in certain markets, and if so, we will talk to our investors. Right now, 65% of our revenue is in the U.S., the remainder is largely from the U.K. There’s a lot to be focused on right now.

Tell us about the business model

As a B2B, software as a service (SaaS) company, rather than us selling software on a perpetual basis to a customer, they subscribe to the software over a period of time. This is a model which is gaining lots of traction in the commercial software world as it’s good for the vendor – you have clear sight of future revenues; you know you’ve got subscription coming in – but it’s also better for the customer, because they’re not making a big bet on an expensive piece of software which is then their responsibility to make work. The risk is more shared between the customer and the vendor. This has made the software business more customer orientated and easier to procure. Someone can sign up for Relative Insight and start using it in minutes.

But when planning your SaaS strategy financially then really it’s all about the J curve. What I mean by this is that you invest in sales people, in marketing, in the product – and this costs money. Then, you build up your subscription revenue streams, and you start to make money back and you make profit. This is called a J Curve.

The trick for a SaaS company lies in the profile of that J Curve. You can do a deep curve, by investing heavily early on, which means that, when you come out of that J Curve the trajectory is higher. Or you can have a shallower one whereby you’re not spending as much in the early days, but you won’t be growing so quickly. Which type you choose depends on all kinds of things. These are moving factors which change all the time. Six months ago, it might have been all about the growth, whereas in today’s climate it’s perhaps more about the sustainability of the business.

My job is essentially to modify that curve and to think ahead. For instance, do we really want to pile lots of resources into a market that’s looking volatile? Do we want to concentrate on sustainability and profitability as opposed to growth? Or can we come up with a solution that gives us all of the above? That, in a nutshell, is my job – and there are lots of stakeholders to consider in the decision making: The customers, which are clearly paramount, the employees and the investors.

The U.S. is still our focus. It’s a dominant part of our revenue base at the moment and we have plans to expand there further, having just opened a second US office in Philadelphia.

Why do you do this?

We do all this because text data sources are so valuable. They answer critical business questions. So, while most companies know that customer satisfaction scores may be going up or going down, the responses to the open ended questions in their surveys will tell them why.

Yet, today, when you ask somebody on the board, or at C level, to outline their primary sources of business intelligence and which data sources they monitor, 99% will give quantitative answers, such as web traffic, revenue and profit. This is completely understandable but my vision is that the text-based ‘why’ sources of data will also be in that answer, rather than relying just on the ‘what’. Even if, out of the top ten business metrics, just two are text based versus all ten, then that is a massive, fundamental shift in how companies look at their data and think about the value they can get out of it. Our mission is also to make all this easier to interpret and to set up.

Ben Hookway is the CEO of Relative Insight and took the company from an academic spin-out into a commercial SaaS platform used by leading customer-focused organisations such as Sky, Nespresso and Formula 1. With over 20 years’ experience in the early stage technology market, Ben has founded, funded, and exited companies. He spent six years in the US and has had extensive experience in China, South Korea, and Taiwan with start-ups and $1bn corporations. 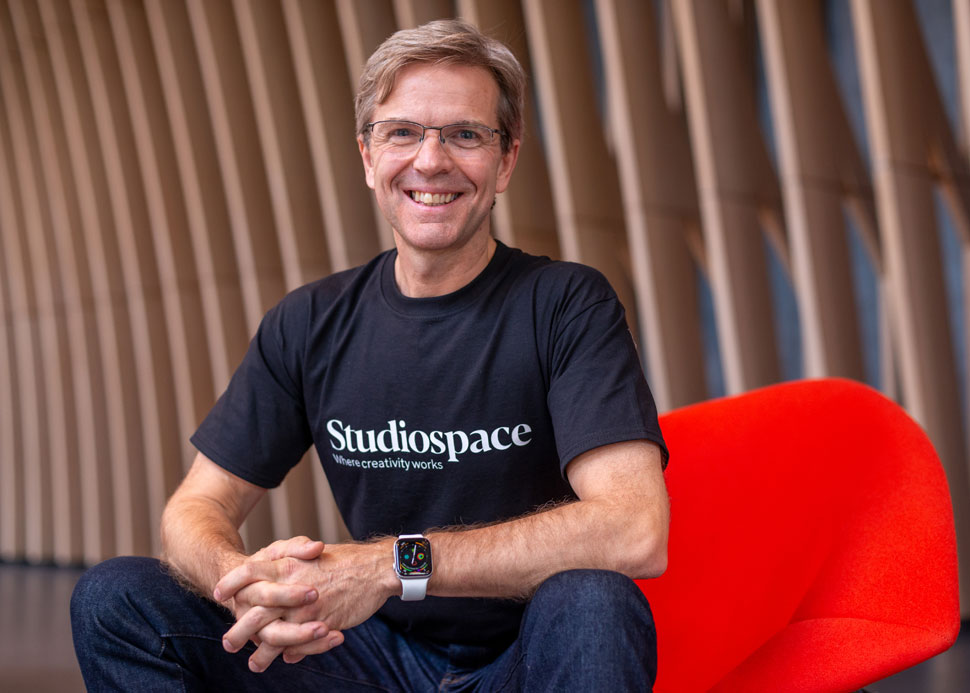 The 'Indie agency matchmaker' that aims to disrupt marketing 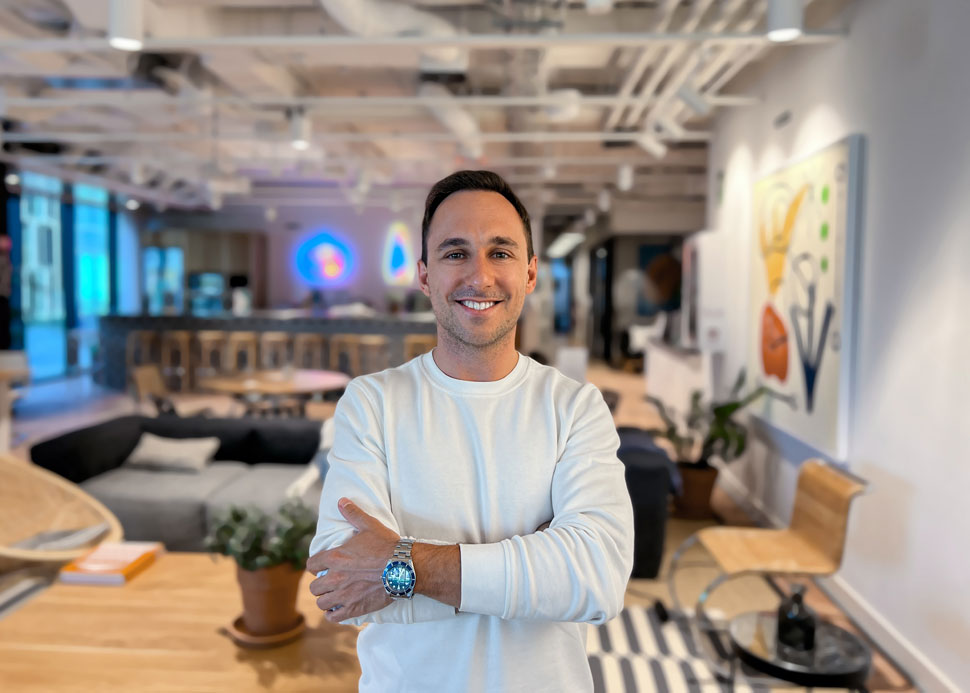 How Monite can turbo-charge your accounts 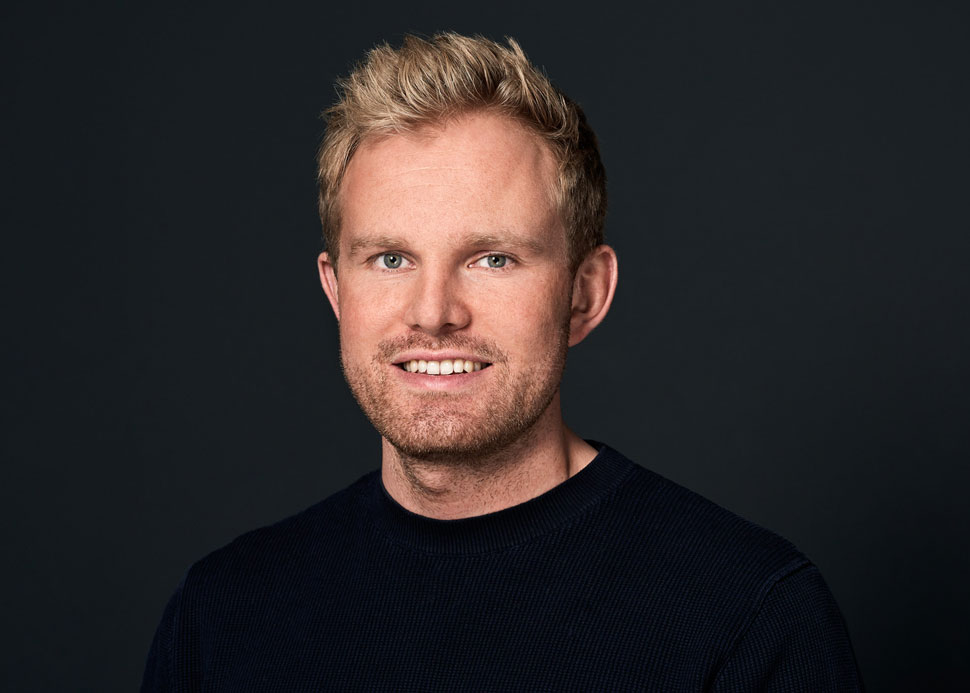